Free Speech or Safety on Campus: Why Do We Have To Choose? 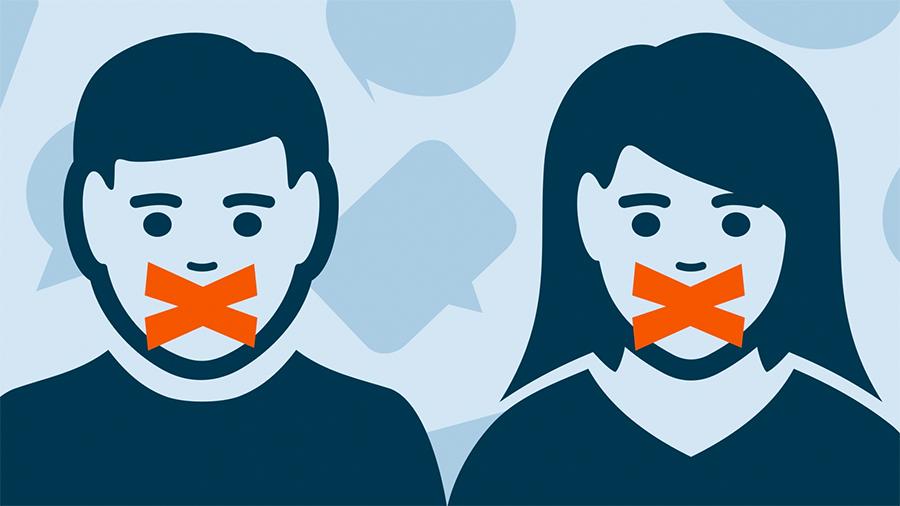 The United States is supposed to be a country in which free speech is protected under the First Amendment of the Constitution. But is it really — on American college campuses?

Colleges and Universities are supposed to be places that prepare millennials for the future. But many of them have decided to slap tape on the mouths of their students to prevent them from actually voicing their opinions.

Up until recently, most state campuses had at least, designated ‘free speech zones,’ where students could voice their opinions, however controversial. New legislation to ban these zones and even to ban protest altogether, have been introduced in numerous states. According to state legislators who oppose this trend, these laws were introduced purportedly to “protect students,” but critics see them as merely silencing students.

One example is the “free speech” bill in Virgina, H.B. 1401. Rep. R. Stevens Landes (R-VA) introduced this bill back in 2016. But it didn’t pass until this year. The legislation “prohibits public institutions of higher education from abridging the constitutional freedom of any individual, including enrolled students… and invited guests, to speak on campus, except as otherwise permitted by the First Amendment to the United States Constitution.” This includes the shutting down of “free speech zones”, because as one legislator put it, free speech should be all over campus, not just in zones.

Why has this wave of bills been introduced all of a sudden?

The 2016 U.S Presidential election may have something to do with this drive to ban student opinions. Our nation is more politically polarized than ever. Opinions are strong and emotions run high.

Could this intensity of opinion, be causing fears of violence on campus? Many of the bills are pushed under the guise of advancing :”campus safety.” And indeed, there have been isolated violent protests on campuses. Recently at U.C. Berkeley, for instance, protesters against an event on campus, a talk by a vocal supporter of Donald Trump, Milo Yiannopoulos, threw smoke bombs, broke glass, and started a massive bonfire. This led to officials calling off the event.

However, is adding legislation to shut students up, really the solution to the problem of potential violence?

Nadine Strossen, the New York Law School professor, asserted in USA Today that “The appropriate answer, as the Supreme Court has said, is more speech, counter speech, and interestingly enough, evidence indicates that it is far more effective than censorship in robustly effectively countering ideas that we disagree with.”

A colleague of hers agrees: David Kaplan, a professor at New York University, said that “the problems with all of it is that it gives somebody — on colleges campuses, it’s administrators or security officials — the power to make decisions based on content. I don’t trust others to be censors of ideas or opinions.”

Furthermore, he also stated: “Let all speak. If you don’t like what people are saying, speak up and say why.”

However, not everyone supports these pro-free-speech opinions. Late July, the State of Wisconsin approved a bill that would penalize any student with the threat of expulsion if they were to disrupt campus speakers or presentations — which, critics maintain, is effectively a gag on the First Amendment.

Critics of these bills say that any censorship, especially when it takes this form — of censoring ideas on campuses — is a step backward. They argue that if we shut students down we give in to fear and lose our ability to move forward with new thoughts and debates.

A 2016 survey found that fifty-four percent of American college students say that the ‘climate on their campus prevents them from voicing their opinion. That’s more than half of the student body. An example of this suppression of voices took place at Emory recently. Last year, a phenomenon called ‘chalkening’ took over the news when students at Emory University wrote ‘build the wall’ and ‘Trump’ outside African-American student associations, and covered the campus with chalk. The minority that was targeted faced a backlash when they voiced their objection to this treatment. . The local news even went so far as to call them ‘snowflakes’ — people too sensitive to face opposing views. Shouldn’t colleges be places that encourage civil discussion, not one where students feel vulnerable or are silenced when it comes to controversial opinions? New legislation doesn’t seem to like the answer. If colleges were to encourage discussion and not cancel presentations due to fear of ‘safety’, more and more ideas would be out in the open. Everyone deserves a voice and silencing them will not solve the underlying issue: oppression of free speech.

Critics of these bills assert that our Constitution assures that everyone has the right to free speech — no matter how hateful his or her views. The Constitution, they remind us, permits both white supremacists and African American student associations, to have freedom of speech.

Educators and students worry about the effects of this wave of bills that would make disagreement and protest, illegal on college campuses in America.

As Frederick Lawrence, a member of the Anti-Defamation League, stated in an article by The Atlantic, “Robust free expression and free inquiry are central to the missions of our colleges. The limits to such expression are way out on the margins of expressive activity, and they involve behavior that threatens or instills fear in a victim or victims. Hate speech is protected. Hate crimes are not.”

What is your opinion on free speech? Are these bills scary and intrusive steps, design to shut down what students have to say about vital issues? Will suppressing free speech on campus make students dumber, as they will never hear extreme or challenging views Or are these bills timely and necessary interventions, to maintain calm and civility on American campuses?

Have your say. Use the BillCam to share the bills through social media, alert your friends to these bills. Tweet the bill sponsor or the bill representative, and make your voice be heard.