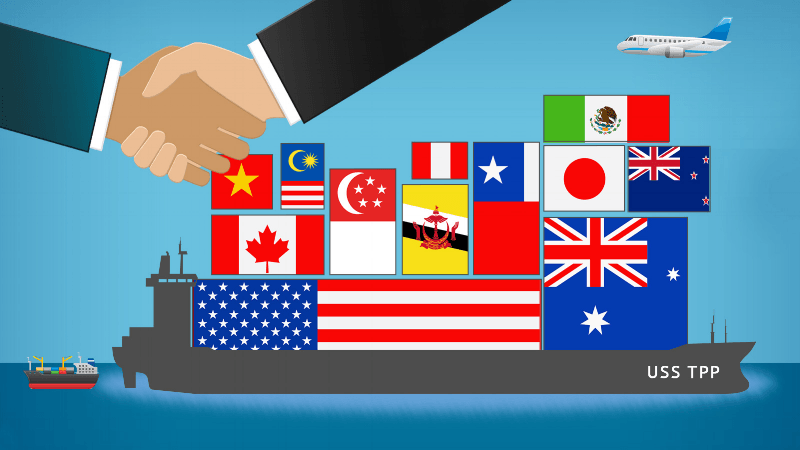 US stock markets have suffered significant declines in recent weeks as rising trade tensions and worries about tariffs consume multiple industries. And that is just the domestic response. Abroad, President Trump’s new trade policies are being referred to as a “trade war.” They have leaders around the world, like President of the European Council Donald Tusk asking America to “make trade, not war.”

While, no one likes wars, when it comes to trade, President Trump ran and won talking about trade deficits and bad trade deals being crucial points of change. And his ideas have been controversial from the beginning.

One of the five formal Democrat responders to the President’s State of The Union, Representative Maxine Waters of California, spotlighted trade deals, criticizing the President’s trade decisions. Ms. Waters said, “he’s isolating us with his inept trade policies, withdrawing the United States from trade agreements without negotiating viable alternatives.”

So what’s the deal with trade deals?

The President made a pivotal move on trade agreements when he abandoned the Trans-Pacific Partnership (TPP) on the very first day of his presidency. The Obama-signature deal is an agreement between the U.S. and 11 other countries that border the Pacific Ocean, creating a free-trade zone for approximately 40% of the world’s economy.

Its purpose was not just to lower tariffs and provide an avenue to settle trade disputes, but to solidify ties between the United States and East Asia, specifically excluding China. The idea was to keep TPP member countries from having to rely on China as an economic superpower, starving China’s competing influence in Asia and strengthening the U.S.’s position overseas. Particularly, it bridged the U.S. and Japan, which are the largest and third-largest economy in the world, respectively.

Critics of Trump’s position on trade policies say that the U.S. forfeited that influence by withdrawing from the TPP. They assert that Mr. Trump’s decision played right into China’s hands, allowing them to swoop in and fill a power vacuum left by the United States’ absence.

“There’s no doubt that this action will be seen as a huge, huge win for China,” said Michael B. Froman, the representative who negotiated the terms of TPP for President Obama, in an interview with the New York Times. “For the Trump administration, after all this talk about being tough on

China, for their first action to basically hand the keys to China and say we’re withdrawing from our leadership position in this region is geostrategically damaging.”

On the other hand, supporters of the President’s decision reasoned that withdrawing from the TPP saved millions of manufacturing jobs. According to an article in In These Timestitled “8 Terrible Things About the Trans-Pacific Partnership,” a formula developed by the US Department of Commerce estimates a loss of almost a million jobs every three years under the TPP. The article also lists environmental concerns as a pitfall of the TPP, which does not mention the phrase “climate change” once, nor does it require the participating countries to cease harmful practices such as shark finning, illegal logging, or unnecessary fracking.

On a campaign stop in Ohio, NBC reports Mr. Trump saying, “The Trans-Pacific Partnership is another disaster done and pushed by special interests who want to rape our country, just a continuing rape of our country.” When he signed the order to officially withdraw, the President proudly said, “Great thing for the American worker, what we just did.” Supporters considered this a triumph for Mr. Trump’s America First campaign, applauding the President for following through on his promise to keep jobs in America.

However, the question that Ms. Waters brings to the table is not whether the TPP is without flaws. The question is, if we have abandoned the TPP, how will we hold off Chinese trade dominance? How will we secure American influence in Asia and thus protect our own economy? Ms. Waters wants a plan.

Spread the love
Spread the love
Previous StoryDirtier Air on the Way?
Next StoryTrump’s Rush to Judgment on Syrian Chemical Attack: Illegal and Deadly