This Week in Congress: Reps and Dems Agree on Sanctioning “America’s Adversaries” 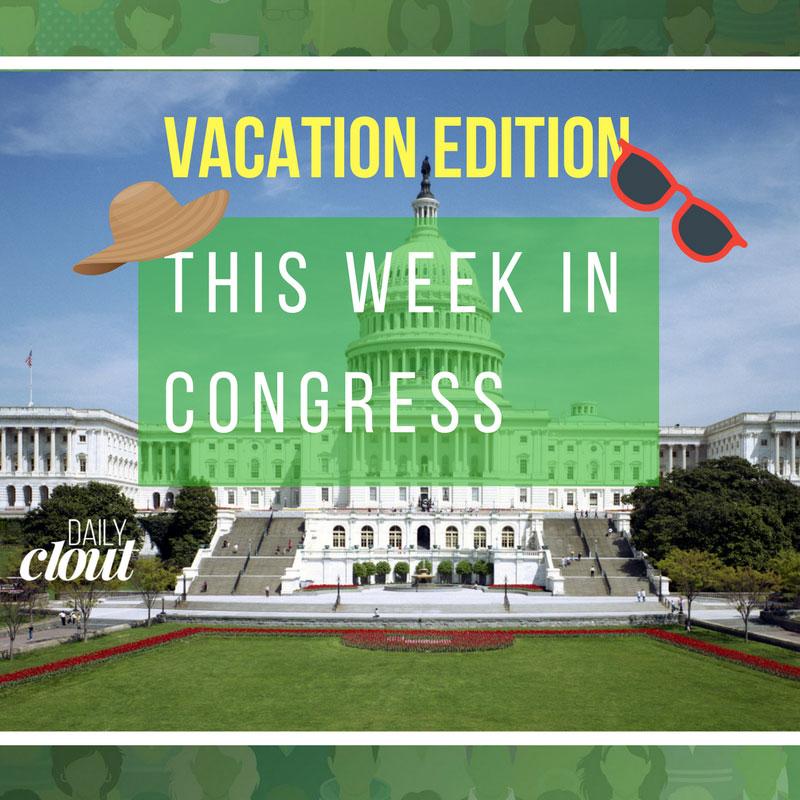 Congress is on vacation until the first week of September, but that doesn’t mean there isn’t plenty of legislation to talk about. Before the House and Senate took their August breaks, the two legislative bodies were actually able to pass bills. Congress was able to make bipartisan laws regarding sanctions. Here’s how:

Members on both sides of the aisle agree that these nations pose a threat to regional allies. President Trump signed the bill into law on August 2, 2017. This legislation is a package of nine sanction bills in one. It is called H.R. 3364 — the Countering America’s Adversaries Through Sanctions Act; it is sponsored by Rep. Edward Royce (R-CA). A summary of the House Resolution can be found on this link.

Here are the nine bills incorporated and/or pending in the sanction legislation package:

The bill imposes new sanctions on Iran for its ballistic missile program and for its support of terrorism. The purpose of the bill is to ensure the enforcement of the embargo on Iranian arms sales and to address any human rights violations.

The bill accomplishes this, it claims, by requiring the President of the United States to impose a sanction on the IRGC, the Islamic Revolutionary Guard Corps, for supporting terrorism, and on any other entity found to be engaging in the supporting of terrorism, and on any person violating the UN arms embargo against Iran. The President is also given the ability to waive the sanctions for one-hundred and eighty days if this is in the interest of national security.

Legislators from both sides of the aisle, most notably Sen. Bob Menendez (D-NJ) and Sen. Bob Corker (R-TN), praised this legislation. It garnered strong bipartisan support.

Countering Russian Influence in Europe and Eurasia Act of 2017

This bill strengthens the sanctions against the Russian Federation, including new economic impacts that will affect Russian energy projects. The bill also gives Congress the final say on the relaxation, suspension, and termination of any sanctions.

The new sanctions included in this bill involve ten issues:

The legislation also offers economic support to Crimea, along with including an amendment that provides assistance to other Eastern European countries. This money can be used to fortify democracy and democratic institutions. The bill offers economic support for these countries as a way to counter any influence from Russia. Critics would say that these are developed countries, already part of the EU, and that it is not a top priority for the US to direct taxpayers’ money to already stable, developed countries that are part of Europe, given the needs of US citizens. This act strengthens sanctions against the North Korean regime’s nuclear weapons program and addresses its human rights violations. It sanctions those who are involved in the use of North Korean forced labor and those who buy metals from the regime or else who provide it with military fuel. The bill also prohibits accounts that can be used to gain access from the country, to U.S. currency.

The legislation cuts all aid to foreign governments that buy or sell North Korean weapons. Congress is also requiring the Executive Branch to determine whether North Korea should be re-designated as a state sponsor of terrorism. The executive branch would also require a report on cooperation between North Korea and Iran regarding their nuclear weapons programs and on the implementation of U.N. Security Council resolutions sanctioning North Korea by other countries.

Goods produced in whole or in part by North Korean forced labor would be prohibited from entering the U.S. This bill amends the North Korea Sanctions and Policy Enhancement Act of 2016 to modify and increase the President’s authority to impose sanctions on persons in violation of certain U.N. Security Council resolutions regarding North Korea.

The bill also requires the President to report to Congress regarding:

The bill directs the Department of Homeland Security to implement enhanced screening of cargo bound for or already in the U.S. that matches any of the following criteria:

The bill also amends the State Department Basic Authorities Act of 1956 to authorize the State Department to offer cash rewards for information on violations of North Korean sanctions. Critics argue that bills that allow agencies to hand out cash, with no paper trail or accountability, create a context ripe for corruption.

Use the BillCam to comment on, share, and vote on, the bills about which you care. Drive your democracy!