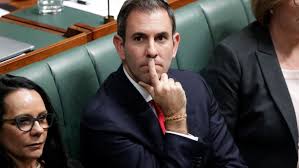 Australian’s are renown for their “She will be right “, motto in a laid-back approach to life’s challenges and are satisfied in the belief, everything will work out for the best (https://theconversation.com/shell-be-right-mate-is-the-aussie-attitude). Complacency is best described as the self-satisfaction one has, while oblivious of possible risks. A culture of complacency has grown in the coalition government in recent years. It is necessary to know how to recognise and the causes of complacency within the Morrison led government. As well as the affect of complacent attitudes to national emergencies, climate change, the national economy and the corona virus pandemic.

Since the beginning of this century, the presence of complacency in Australian society and government, resulting from the economic boom from 2003-8). Australians’ enjoyed the wealth and prosperity, accepting it as the new normal. (www.theguardian.com/world/2013/nov/15/ross-garnaut-calls-for-shared-sacrifice).

To understand complacency, one must look at the causes of complacency:

The pretence, the government was equipped to manage the pandemic, was pure arrogance and a government with this attitude is tempting fate.

The Prime Minister is an evangelical fanatic, with elements of his faith intersecting with his role and has become a complacent Prime Minister.

Religious leaders have identified warning signs to look for:

Economists have been warning the Morrison Government of the threat of a “fiscal cliff” in September/October as more $12 billion-a-month in stimulus measures expire. Morrison is in a state of denial over the threats to the economy and suggests a resilient economy will bounce back and all will be well. Even though, most economic indicators continue to remain extremely poor. (https://independentaustralia.net/politics/politics-display/is-the-morrison-government-driving-the-economy-off-acliff,14023).

There is no doubt, the dominant cause of climate change is greenhouse emissions from the burning of fossil fuels and coal. These increased levels of greenhouse gases cause lead to global warming. Most of the warming occurred in the past 40 years, with the six warmest years on record occurring since 2014 (https://climate.nasa.gov/evidence/). Morrison has forthrightly stated that he believes his government’s existing policy is a sufficient response to climate change (https://www.themonthly.com.au/blog/james-boyce/2020/09/2020/1578533086/pentecostal-pm-and-climate-change#mtr).

To understand the absurdity of the government response to action on climate change, it is important to know that Morrison’s distinctive religion stands outside the tradition of evangelical Western Christianity. Australia is dealing with a new brand of religion here – a faith that puts primary emphasis on the direct and transformational experience of the Holy Spirit over dogma or creed. Pentecostal spirituality is defined by the titanic struggle between Christ and Satan, and the individual believer is personally directed by God as he fights, moment by moment and day by day, for the final victory to come.

Moral complacency is not a code but a state of mind and is easy to identify. In general, a reluctance to accept that one’s moral opinions may be out of kilter (Unwin, N., 1985. Relativism and moral complacency. Philosophy, 60(232), pp.205-214).  Australian pastor and Hillsong founder Brian Houston emailed Hillsong church members, informing them pf the sacking of New York pastor Carl Lentz for his moral failures, leadership issues and breaches of trust.

Generally, people manage to avoid moral complacency without believing in God suggests that such a view is not all that difficult to hold. A morally complacent person who comprehensively fails to recognize the moral criticism. Evidenced when, the Prime Minister routinely rejects assertions put to him, (https://www.theguardian.com/australia-news/2020/oct/08/scott-morrison-rejects-criticism-hes-neglecting-older-australians-with-youth-wage-subsidy). Illustrating his lack of thought for others.

The Australian government is morally complacent on climate change science, the economy, and the Corona Virus pandemic. Preferring to be guided by its’ religious beliefs with complete disregard and care for the prosperity of the nation.