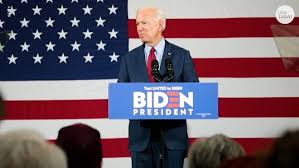 We write to urge members of the Chinese pro-democracy community in America, China, and beyond, to accept the election of Joe Biden as President of the United States.

We understand that many in this community admire President Trump for his administration’s actions against the government of the People’s Republic of China and the Chinese Communist Party. We too have suffered at the hands of that regime; no doubt others have even more. Yet, as is becoming clearer by the day, the narrative that the election was “rigged,” or that there was such widespread fraud or misconduct that the outcome might have been different, is false. And, as is becoming equally clearer by the day, perpetuating that false narrative is likely to cause lasting damage not just to American democracy, but to democracy and democratic aspirations around the world—including China.

One feature of living in a democratic society we all appreciate—and one that stands in stark contrast to the PRC and other autocratic societies—is that in such societies, we commit to resolving political differences by reference to facts, evidence, and reasoned argument, as distinguished from rumors, lies, and violence. True, our ability to do so is being tested by the fact that we are all increasingly living in siloed information environments, such that our perceptions of reality are increasingly shaped by, among other things, our political preferences. Yet, as anyone who has lived in the PRC understands, consuming only politically-motivated information is highly likely to distort one’s perception of reality. And if there is one thing that is true about the narrative that President Trump was cheated out of the election, it is that it is politically motivated.

To be sure, so too is the opposing narrative. But here, we must act like the independent-minded thinkers we claim to be and consult facts, evidence, and reason to arrive closer to the truth. And the facts, evidence, and reason point to the reality that whatever election-related misconduct might have occurred—and surely there was some such misconduct, on both sides—it is unlikely to have been anywhere near systemic enough to have mattered in terms of the outcome at the top of the ticket. This has been confirmed by many Republican officials—many Trump-appointed—including Attorney General Bill Barr and several federal judges. Indeed, even President Trump’s attorney Rudy Giuliani, when speaking in court, admitted that that particular case didn’t involve any allegations of “fraud”—contradicting the broader narrative still emanating from President Trump and his allies.

Given all this, continuing to entertain President Trump’s narrative—to say nothing of threatening those who disagree with it—cannot but set the cause of democracy back. That is because the success of democracy depends, in large part, on the losing candidates and their voters genuinely accepting the results of an election, which enables a transfer of power that is as peaceful and cooperative as possible.

Unfortunately, as a result of that narrative, election officials, including those who voted for Trump, now need police protection. Can there be any question that such is not a confidence-inspiring spectacle to people around the world wondering if democracy is worth the trouble? Can there be any question that the likes of Xi Jinping and Vladimir Putin look to such phenomena as proof that the answer is no? And, can there be any doubt that the continued perpetuation of that narrative, in the face of the evidence, will only end up bringing discredit to even the few policy decisions made by President Trump that currently have bipartisan support?

Another phenomenon that members of the Chinese pro-democracy community should be intimately familiar with are cults of personality. One test of whether one might be unwittingly becoming a member of such a cult is to ask oneself if there is anything that might change one’s mind about the personality in question. All reasonable people should always answer “yes.” If you find yourself even thinking about saying “no,” consider whether President Trump is truly the ally of democracy and human rights you think he is—particularly in light of his post-election behavior.

We strongly believe that the causes of human rights and democracy are best served on a nonpartisan or bipartisan basis. We understand why Chinese people who believe in these causes might have supported either Trump or Biden—or, frankly, neither. But we hope that, regardless of your partisan sentiments, we can continue to work together to strengthen human rights and democracy around the world, including China—and to work with and hold the incoming administration accountable for President-Elect Biden’s campaign promise to be a faithful partner in such work. The first step, however, is accepting that administration was legitimately elected—which it was.

Dr. Jianli Yang, a former political prisoner of China, is founder and president of Citizen Power Initiatives for China.

Mr. Times Wang is the founder of North River Law PLLC, a law firm focused on litigation related to human rights. He is the son of the imprisoned prominent dissident of China Dr. Wang Bingzhang.

Mr. Times Wang is the founder of North River Law PLLC, a law firm focused on litigation related to human rights. He is the son of the imprisoned prominent dissident of China Dr. Wang Bingzhang.