Opinion: “Covid-19 Variants and the Safety of Students” 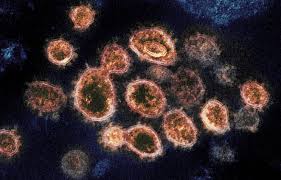 The first variant to make the news, B.1.1.7, is thought to have surfaced in September 2020. It became the dominant strain by December, and it has been found in nearly 80 countries as of today. Since its discovery, plenty of new variants have emerged, with mutations that could make some more transmissible, immune-evasive, and more lethal. To date, the majority of the discussion on variants has focused on their ability to affect the effectiveness of SARS-CoV-2 vaccines, many of which were produced using technologies unique to the virus’s first strain, which originated in Wuhan, China. Although vaccine developers are now reconfiguring their pipelines to allow for more viral variety, there is still a need to recalculate other public health strategies that we have relied on to contain the pandemic—especially those implemented in schools.

Until now, parents and educators took solace in the fact that children are less likely than adults to contract SARS-CoV-2 and become sick as a result of it. Conversely, in Italy and Israel, where the UK variant appeared last year, health officials are reporting a much greater rate of spread among children and teenagers than in the first or second waves. In January alone, more than 50,000 school-age Israelis were confirmed to have SARS-CoV-2, according to a report published earlier this month in BMJ. Meanwhile, in Italy, the northern village of Corzano, which has a population of 1,400 people, has recently experienced an epidemic that has infected at least 10% of the population. More than half of these cases—60%—involved children who then infected other family members.

University campuses are a breeding ground for SARS-CoV-2, with greek life and college sports posing serious risks to the health of students and faculty members. As of December of last year, college sports reported at least 6,629 cases of SARS-CoV-2. The true number is much higher. Universities have also found it particularly difficult to control fraternities and sororities. Despite the fact that they dominate social life on many campuses, the homes that house them are often not owned or controlled by the institutions, and have been the central hotspots for social events. According to some researchers, the same lack of oversight is given to the containment of the virus. As of now, even though campuses are offering online lectures, people are still living in some fraternity and sorority houses.

Given the unpredictable nature of the variants, the potential surge of cases by reopening schools and universities may trigger a deadly fourth wave. According to a recent publication by the University of Michigan, three individuals have tested positive for the SARS-CoV-2 variant, B.1.1.7. University health authorities are collaborating with state and local public health officials and continue to recommend that both undergraduate and graduate students in the Ann Arbor area be tested regularly, even though they are attending all of their classes online. For people who come to campus, weekly testing is mandatory. As part of its “Covid-19 sampling and tracking program”, the University of Michigan is testing asymptomatic undergraduate, graduate, and professional students for free. Averaging at over 21,000 tests weekly, it is taking the right steps towards what could eventually be a safe reopening. The next step would be to make self-administered rapid tests widely available for free, as Austria has done with its school children who are required to test themselves twice a week in order to return to school.

The fear isn’t just that students infected with a more evolved and infectious strain of the virus will pass it on to others. The more students who are infected with SARS-CoV-2, the more will experience MIS-C, or Multisystem Inflammatory Syndrome in Children. This rare inflammatory condition affects children as young as 4 months to as old as 20 years and can cause fever, swollen eyes, and intestinal issues, as well as heart failure and death. The number of MIS-C cases reported in Los Angeles County increased by 35% in the first two weeks of February. According to the CDC, 15-20 year olds make up 15% of all MIS-C cases, which encompasses a large proportion of undergraduate students which stands at 18.1 million. With further research required on MIS-C, we still do not know what role variants have to play, so we must enforce stronger public measures to prevent a surge in SARS-CoV-2 cases.

With obvious implications on the physical well-being of students, SARS-CoV-2 has also taken a huge mental toll on them. In a recent study “almost 75% of respondents reported their mental health has worsened, worsened somewhat, or worsened significantly since the beginning of the pandemic”. Slightly more than 87% of students reported stress or anxiety, and 60.7% reported depression have all escalated since the outbreak of the pandemic. With a total of 22.4 million graduate and undergraduate students currently enrolled in schools in the US, that means 16.8 million students reported worsened mental health.

These statistics are the reason why we should do everything in our power to avoid a fourth wave. According to Dr. Rochelle Walensky, head of the CDC, and the Covid-19 Response Team, the new variants are a threat not to ignore. “Please hear me clearly,” she added. “At this level of cases, with variants spreading, we stand to completely lose the hard-earned ground we have gained. These variants are a very real threat to our people and our progress. Now is not the time to relax the critical safeguards that we know can stop the spread of Covid-19 in our communities, not when we are so close. We have the ability to stop a potential fourth surge of cases in this country. Please stay strong in your conviction. Continue wearing your well-fitted mask and taking the other public health prevention actions that we know work.”

While some might argue that reopening schools now will help mitigate the psychological effects of the pandemic on young adults, now is not the time to give in. The pandemic seems to be winding down and vaccines are more widely available, giving some a false sense of security. With their stronger nature, variants pose dangers of reinfection and illness more fatal than ever before.