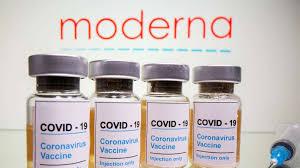 Early and favorable Covid-19 vaccine trial results announced this morning by Moderna are another sign that we may be moving ever closer to a medical solution to help us control the spread of this pandemic. But, even if the full data from the trial backs the early results issued in today’s press release, an approved vaccine will still not end the pandemic anytime soon.

The Moderna results are from an interim analysis of the COVE study, which enrolled more than 30,000 volunteers to test Moderna’s mRNA-1273 vaccine candidate. Half of the participants received two doses of the vaccine, 28 days apart. The other half received placebos on the same schedule. Two weeks after the second vaccine dose, researchers found 95 cases of infection in the study participants—90 cases in the placebo group and 5 cases in the group that received the vaccine. Of those infected, 11 went on to develop a severe case of Covid-19. All those who developed severe illness were in the placebo group.

The results suggest that Moderna’s vaccine may be able to limit both the number of people who develop Covid-19 and limit the severity of disease of those who fall ill. The results follow similarly favorable results from Pfizer and BioNTech last week, which issued their own press release claiming that their vaccine candidate was 90% effective in preventing disease. Neither Pfizer nor Moderna have yet published the full results from their interim analyses but it’s likely that even without published results both Moderna and Pfizer will submit their vaccines for an Emergency Use Authorization from the FDA and for authorization from other global regulatory agencies.

While many view these developments as hopeful news, we should be cautious about putting too much faith in a quick end to the pandemic through a vaccine.

First, because of the accelerated pace of the vaccine trials, we are only able to judge how the vaccine activates the body’s primary immune response. This initial response may raise antibodies that can protect against infection, but that protection will fade and may fade rapidly, in as short a period as two months. Most vaccines rely on a long-term memory response instead. This long-term immune response is best tested six months to a year after vaccination which means, in the case of accelerated vaccine approval, we do not know if the vaccines generate long-term memory.

Then there is the safety issue to consider. Moderna, like Pfizer, says their vaccine was generally well tolerated during the trials. In Moderna’s case, reported side effects from the vaccine included muscle aches, fatigue, and headaches shortly after vaccination. With our accelerated Covid vaccine timeline, no one can yet say what the long terms side effects of the vaccine may be. Vaccines are normally proven safe over the course of years, not months. The FDA is only requiring two months of safety data before potentially issuing emergency approval.

What we can be sure of is that questions around the safety of a fast-tracked vaccine will likely stop many from agreeing to vaccination. A September Pew Research Center survey found that nearly half of all Americans would refuse a vaccine, due in large part to concerns about side effects and effectiveness. If the Pfizer and Moderna vaccines are approved and half of the population chooses to remain unvaccinated, the disease will continue to spread widely.

The next issue to consider is distribution. Many have already highlighted issues with distributing Pfizer’s Covid-19 vaccine, especially its need to be stored at -94 degrees Fahrenheit (-70 degrees Celsius) or below. The Moderna vaccine can be kept at about 25 degrees Fahrenheit (-4 degrees Celsius), a temperature easily attained in a common refrigerator. But that doesn’t mean distribution won’t be without its challenges.

Moderna estimates that it could have roughly 20 million doses available by end of year, at a cost of somewhere between $32 and $37 each. But those vaccines will likely be prioritized for frontline healthcare workers and those at the highest risk of becoming critically ill, such as those with multiple pre-existing conditions or the elderly. Broad distribution of a potential vaccine, even in the best case scenario, is still not likely to come until at least the second half of next year. Given that transmission of the disease is highest among those under the age of 44, this means that a vaccine prioritized for the old and infirm will do little to stop the spread of the disease.

This is no small matter. There are more than 150,000 new infections every day in America and there is still no treatment for the disease. Those who fall ill—young and old alike—risk long-term damage from this disease. I welcome the positive news to date on vaccines, but I fear our excitement around a medical solution may hamper our willingness to pursue the only course of action that we know with certainty can protect us today: mask-wearing, social distancing, and widespread testing and isolation.

This article was originally published on Forbes.com. Reprinted with permision.

William Haseltine, PhD, is chair and president of the global health think tank, ACCESS Health International. He is author of numerous books, including his recently released autobiography, “My Lifelong Fight Against Disease: From Polio and AIDS to Covid-19″.