Why Most Voters Oppose Schools Reopening 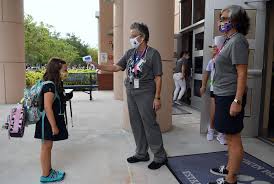 Even as test rates hover around six to seven percent and tens of thousands of new Covid-19 cases are being reported daily, school districts across the country will continue with plans to resume operations in the coming weeks. The latest survey data shows, however, that most Americans oppose reopening K-12 education in their states.

Parents have reason to be concerned that sending their children to school could bring the virus into their homes, as well as spike positivity rates in their communities. From July 30th to August 13th, over 75,000 new child Covid-19 cases were reported, according to the American Academy of Pediatrics. The outcome would be disastrous were even one asymptomatic carrier to attend classes in the coming weeks.

A recent survey conducted by the Financial Times-Peterson Foundation US Economic Monitor revealed that six in ten voters oppose reopening K-12 schools in their states, while as many as 81 percent urge the prioritization of health among students and faculty over the economy. Were children to get sick at school, not only would their health be endangered, but so would the health of their families. There would be no economy without healthy parents, which is why the vast majority of Americans urge the safety of American students over the state of the economy. 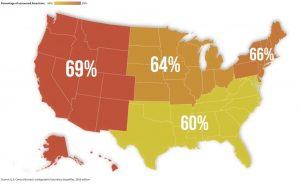 One of the more prudent concerns about the resumption of K-12 education is the social nature of a student’s daily life. School districts are assuring parents that they have put preventative measures in place, such as social distancing and classroom hybridization. But to assume students will have no interaction at all seems ludicrous. Children and teens have been out of the traditional school setting for over five months and they will be ready to interact with others.

Despite the urge shared by parents and children alike to return to normal, the average voter realizes that the pandemic in the United States is far from over. Parents want their children to stay healthy for many reasons—to ensure the physical health and wellbeing of the family, to ensure the economic livelihood of the family, and to avoid the unknown long term health risks associated with Covid-19. Around 65 percent of voters believe social distancing requirements and non essential business restrictions should be in place for at least another three months—a sacrifice many are willing to make for the sake of their families and children.

Such statistics also show that people recognize there will be several more months of abnormality and want decision makers to take action accordingly, even if it means deprioritizing the economy. Families and individuals have been economically crippled by the pandemic and the US government’s lack of public assistance. The official unemployment rate still hovers around ten percent according to the Bureau of Labor Statistics. Low income families are struggling and eviction rates are sure to spike as rent moratoriums expire. These families have enough to worry about without the added pressure of sending their children back to school at this time.

The reopening of K-12 school districts in the coming weeks presents medical and economic challenges for families in the pandemic era, especially those already disadvantaged or experiencing hardship. Societal immunity is a long way off; as thirty five percent of voters said they would not be likely to get a COVID-19 vaccine were one approved and available by the end of the year, meaning children of those thirty five percent would also be unlikely to get vaccinated. With the inability to ensure the health and safety of students and the unknown economic future to come, schools are better off staying online for the time being.

This post originally appeared on Forbes.com. Reprinted with permission.

William Haseltine, PhD, is a former Harvard Medical School professor and founder of the university’s cancer and HIV/AIDS research departments. He serves as chair and president of the global health think tank, ACCESS Health International and is author of the recently released book A Family Guide to COVID-19: Questions and Answers for Parents, Grandparents and Children.

Spread the love
Spread the love
Previous StoryCheap, Daily Home Tests Are The First Step To Containing The Pandemic
Next StoryAre we at Step Ten of Dr Naomi Wolf’s well-known ‘Ten Steps’ to fascism? Here is Part 1 of ‘Step Ten: Fascist America in Ten Easy Steps’