Vlog 1/13/17: Kwanzaa as an US Official Holiday? Puerto Rican US Voting Rights? 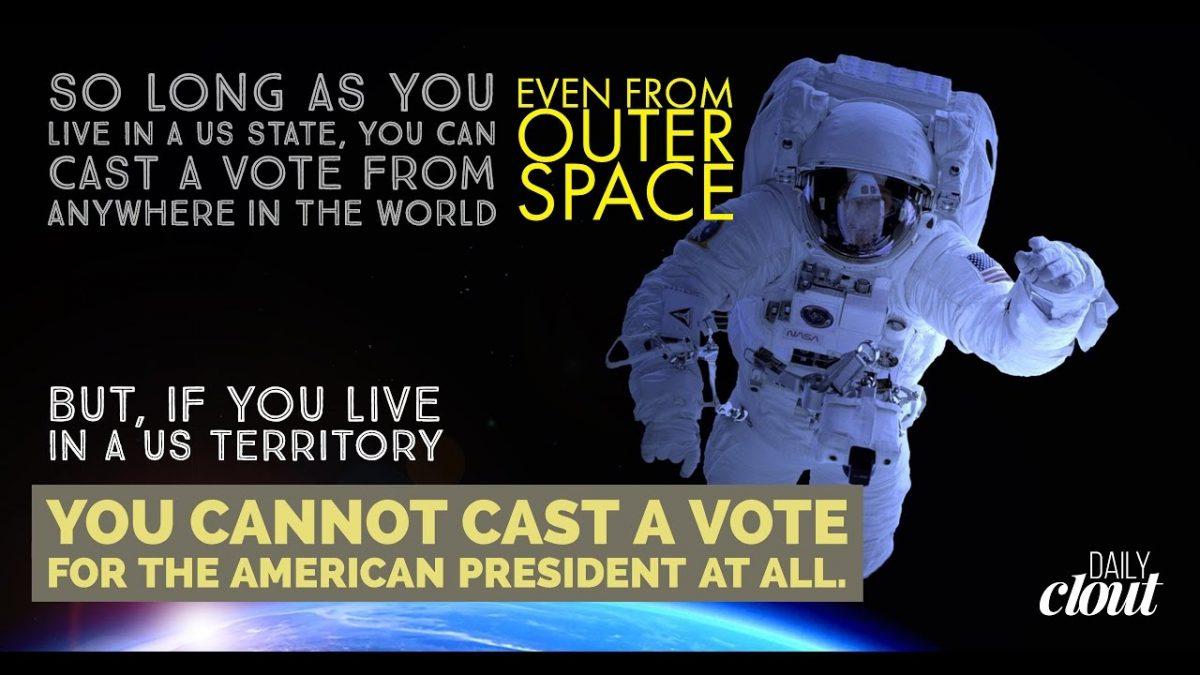 Hi everyone! I’m excited to be live on Facebook, and soon on the DailyClout home page, talking to our community of people from all over America and around the world, who are tired of being shut out of democracy and really want to know what’s going on at their Statehouse, in their Congress, and in their local communities.

And as many of you know — and the rest of you, we’re excited to share with you — we at DailyClout have created tools, including something called BillCam, that you can just lift right off our page at DailyClout.io. It lets you actually embed a live bill — state and Federal — into your blog or news article, or take it from our blog or news article and then share it socially, creating action steps. So you can do “thumbs up,” “thumbs down.” You can tweet the bill with your comment to the bill sponsor. You can tweet it to your Representative. If you don’t know who your Representative is, we’ll auto-populate it for you if you put in your zip code. And we also let you share it throughout social media so you can not only alert your neighbors to the issues that you care about, you can also see the actual bill, you can comment IN the bill, you can mobilize your friends and networks. So you’re no longer helpless, you’re no longer powerless, and you’re no longer in the dark.

Now, what we thought we’d do with this vlog every week is let you know about the bills that crossed our desk orthat our community notified us about, or that we saw when looking at what Congress is up to and what Statehouses are up to, that we thought you might really want to know about. So there are two of them that kind of jumped out at us this week.

One of them would make Pennsylvania the first state in the United States to officially recognize Kwanzaa. So Representative Vanessa Lowery Brown introduced HR621, and our blogger Thomas Blakeley wrote about this, it’s on DailyClout.io, and what this bill would do if it passed, is officially recognize Kwanzaa for the first time. It talks about the heritage of African Americans, the way Kwanzaa honors community spirit and endeavor, and it talks about how African Americans have sort been left out of the narrative of holiday making in America.

We’re trying to be totally non-partisan. Supporters of this bill would definitely say that Kwanzaa — African Americans, and the two per cent of Americans who celebrate Kwanzaa — deserves to have more recognition officially; that this is an important holiday that honors African American heritage in our country. And critics of the bill point to the church-state divide which is part of our democracy, and would argue that it’s dangerous to start having governments create or pass resolutions about any religion, because of the importance of that church-state divide in our system.

So that’s the Kwanzaa bill, and fascinating to see if Pennsylvania will become the first state to officially recognize Kwanzaa. Definitely a hot-button subject.

The second bill that really raised our eyebrows — really interesting and impactful for a bunch of people in America — is a bill introduced by Representative Alan Grayson that would give the right to vote in Presidential elections to Puerto Ricans living in Puerto Rico. So our blogger Danielle Terracciano wrote a great piece explaining this bill. It’s HJR105, and it’s a total eye-opening piece, and it’s a really surprising bill, because it taught me a lot of things I didn’t know.

For one thing, Puerto Rico: is it, isn’t it part of the United States? Most Americans couldn’t really tell you if you stopped them on the street. It is a territory of the United States. So because it’s a territory, they’re governed by a lot of laws that America makes, and the Governor of Puerto Rico is appointed by America. So they’re definitely not independent of America; at the same time they can vote in Primaries, but they can’t vote on November 8 for a President because of a kind of glitch — they are not a state and our Electoral College system is based on states sending electors to be part of the Presidential vote. Since they’re not a state they can’t send an elector. So they’re in this very anomalous position that you can vote in the Primaries for an American President in Puerto Rico but not on November 8. So a lot of Puerto Ricans would like Puerto Rico to be a state — there’s a movement to make it the 51st state — because they argue, well, you know, the United States influences a lot of what happens in Puerto Rico, we’ve got, you know there was a military base in Puerto Rico, all of these laws from America. Why don’t Puerto Ricans have equal rights as a state, and certainly equal rights to vote in Presidential Elections? So Danielle Terracciano pointed out that you can be an astronaut voting from outer space in a Presidential election, as one astronaut did, if you’re from a state, but you can have served in the military for the United States, as an Iraqi veteran she mentioned did, but if you live in Puerto Rico you cannot vote for President.

So this bill would rectify that and it would create electors sent from Puerto Rico so that people living in Puerto Rico, residents of Puerto Rico, could also vote on November 8 every four years for the President of the United States. Very interesting bill.

Critics would say it’s a territory, it’s not a state, and we can’t just keep adding, you know, rights, voting rights to people who are not part of the United States. And supporters of the bill, and there are a lot of them on both sides, would say that Puerto Ricans already are part of the United States effectively, and they should have representation when voting for president as well.

So take a look at Danielle’s fantastic piece, let us know on our website and on Facebook in the comments section whether you support or oppose Kwanzaa being officially recognized in Pennsylvania, and maybe even in other states after that bill passes, and if you support or oppose Puerto Ricans having the right to vote in the Presidential election. Love to hear from you if you are or aren’t Puerto Rican, if you know Puerto Ricans who do or don’t support this bill. Love to hear from you if you do or don’t celebrate Kwanzaa. If you do celebrate Kwanzaa, why do you celebrate it? Share that with us. If you don’t celebrate Kwanzaa, would you like to? If you think America should pass a bill supporting shinning a light on Kwanzaa, let us know. If you think that the government has enough to do without adding religions to the mix let us know about that.

We want to hear your voice, and more than that we want you to have the voice. This is DailyClout, it’s the DailyClout Shout, and that means you shout back and you get to not just accept the bills and legislation that come your way, you get to understand them, you get to decide on them, you get to be leading the charge about what happens to them in your community. Here’s to a totally knowledgeable group of citizens in 2017, and enjoy DailyClout.io and this incredible tool, BillCam. Thanks very much.

Spread the love
Spread the love
Previous StoryPuerto Ricans Are Welcome to Serve in the US Military…but Are Forbidden to Vote in US Presidential Elections
Next StoryObama Signs Last-Minute “Civil Rights Crimes” Bill. “Cold Cases” Warm At Last?