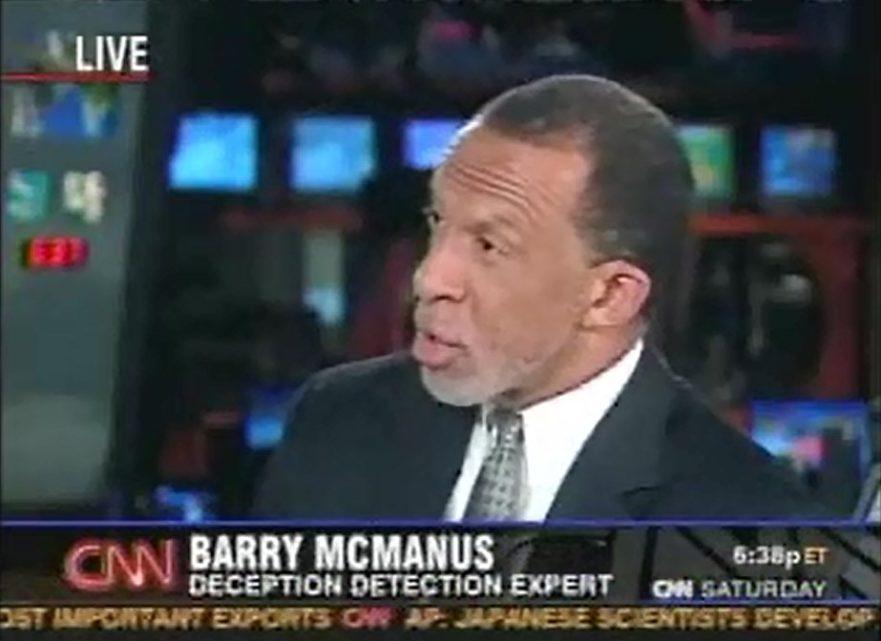 This article originally appeared on TYT Network and has been reprinted with permission.

The $91,812 no-bid contract was awarded on May 7—three days after the Department of Homeland Security, which oversees ICE, authorized its controversial new policy of separating undocumented families caught crossing the border.

Federal records show the private security firm Global Traveler Security was contracted to train 48 ICE officers at the Federal Law Enforcement Training Center facility in Charleston, South Carolina, between May 8 and August 31 of this year. Global Traveler’s founder and president, Barry McManus, is a veteran of the CIA’s clandestine service, having begun his career as a bodyguard for CIA Director William Casey. There he spent over 20 years as an interrogator—10 years of which he served as the Agency’s chief polygraph examiner. McManus confirmed some of the contract’s details to TYT, but declined to give others.

Public records regarding the contract do not specify where the trainees will be deployed or who they will interrogate. McManus would not identify either, but told TYT, “You have to look at today’s adversaries. Are you gonna come in contact with someone from Norway? Probably not gonna happen. Are you going to come in contact with someone from Sweden? Probably not gonna happen.”

McManus might not be the only CIA veteran involved in training ICE officers. Federal procurement documents say that Global Traveler’s “experts comprise the best of the past 40 years of leadership within the CIA” and that the firm represents “the largest collection of counterterrorist elicitation experts outside of the U.S. government.” During his tenure at the CIA, McManus reportedly was tasked with interrogating high-profile terror suspects.

In addition to references to “terrorist suspects,” federal documents related to the contract list specific training subjects, including: “Roots of Global Terrorism” and “The rise of Transnational Organized Crime.”

Heather Prendergast, chair of the American Immigration Lawyers Association’s ICE Liaison Committee, told TYT, “This is deeply troubling on many levels. . . . I wasn’t aware that we had a serious problem with terrorism suspects being detained by ICE.

“How do they determine who these terror suspects are? Why doesn’t another agency that’s tasked with tracking down and interrogating terror suspects?” she said. “This really suggests a shift to something darker within ICE.”

CIA interrogation methods have come under scrutiny since a wave of revelations about crimes and other abuses committed in the aftermath of 9/11. The worst abuses included mock executions, rape threats, and the death of one detainee who was left overnight shackled to a wall in near-freezing temperatures.

McManus has publicly questioned the reliability of information gained through torture and told TYT he is opposed to it. McManus would not discuss Global Traveler’s other trainers.

Treatment of detained undocumented immigrants and asylum-seekers has become a heightened concern recently. Sen. Jeff Merkley (D-Ore.) was denied entrance to a Texas detainee center, and news stories have recounted incidents of U.S. officials forcibly taking undocumented children from their parents. TYT last week reported that some ICE and HHS contracts have gone to organizations with records of complaints against them alleging abusive or discriminatory behavior.

McManus retired from the CIA in 2003 and went on to work as an executive for Abraxas Corporation, a CIA contractor itself founded by veteran CIA official Richard “Hollis” Helms. (Abraxas reportedly compensated McManus handsomely, enabling him to afford a $160,000 Maserati GranTurismo.) McManus left Abraxas in 2014 and began working for Patriot Group Global, Inc., in New York. He left his full-time position at Patriot Group in 2017, but continues working for them as a consultant. He founded Global Traveler in 2006.

Today, Global Traveler’s website says it has the capability to operate all over the world, including in the Middle East, Central America, and Africa.

Although the ICE procurement documents characterize the training as utilizing “counterterrorist elicitation experts” to train officers in “intelligence collection,” McManus told TYT, “It’s not that I’m teaching interrogations techniques; I’m just teaching interviews.” He said interrogations are accusatory in nature, whereas interviews are informational only.

McManus also said that he’d been training ICE and CBP for 15 to 16 years. When asked why Global Traveler is not listed as having been awarded any other ICE contracts, McManus said that his previous work for them took place under the auspices of different firms. McManus declined to identify those firms, but a 2011 report by CBS News said that McManus conducted training for Abraxas as part of a government contract.

According to the procurement records, Global Traveler is to provide ICE’s Office of Enforcement and Removal Operations (ERO) training in a “unique, state-of-the-art teaching methodology that instructs students to . . . identify behavioral indicators of deception associated with potential terrorist suspects.”

This methodology, called “Deception, Detection and Eliciting Responses (DDER),” is a proprietary technique developed by McManus. The procurement documents say, “DDER is an in-depth simulation-based training program on detecting deception and eliciting responses from terrorist suspects. . . . DDER develops the interviewer’s knowledge of elicitation by motivating the subject to establish a relationship with the interviewer and using the subject’s emotions, values, and self-perceptions in getting the information.”

McManus told TYT that the government approached him about the contract. Asked whether training has changed under the current administration, McManus replied, “I don’t get into the politics of organizational change. I’m very simple; I come in and do interview techniques, the same as I’ve done over 40 years, more or less.”

ICE declined to answer specific questions about the training. An ICE spokesperson told TYT, “ICE deportation officers routinely interview and question individuals they encounter in the field. This contract fulfills a requirement to supply training on the topic.”

“Their mission is to identify, arrest, and remove aliens who present a danger to national security or are a risk to public safety, as well as those who enter the United States illegally or otherwise undermine the integrity of our immigration laws and our border control efforts.”

“They don’t know how to do interrogations. . . . All [ERO] are is enforcement and removal, so basically you just grab a guy. They enforce removal operations . . . that’s it,” Alvarez said. “They’re basically cops . . . ERO don’t do investigations.”

Prendergast echoed Alvarez’s remarks, saying, “[Investigations] are not something that is typically undertaken by Enforcement and Removal operators.”

She said, “I’m sort of at a loss for words because . . . this isn’t something that typically goes on. I . . .am quite frankly shocked that this is the direction things are going.”

McManus disputed Alvarez’s characterization of ERO, chalking it up to professional rivalry. “If I was an investigator I probably would say that because . . . I want to be the big dog in the forest.”

ERO’s mission statement does not include mention of investigation or interrogation, though it does note that ERO “detains . . . individuals when necessary” and “manages aliens in custody.”

“I don’t really think the southern border is a threat for terrorism,” Alvarez said.

“[Though ERO’s] priority is criminal aliens who are aggravated felons; like anything else, business is slow in some areas, and they start rounding up others,” he said. “There’s so much pressure from this administration.”

Ken Klippenstein is a freelance journalist who can be reached on Twitter @kenklippenstein or via email: kenneth.klippenstein@gmail.com.