“Net Neutrality” is Baaaaaaaack. What the Heck is it? 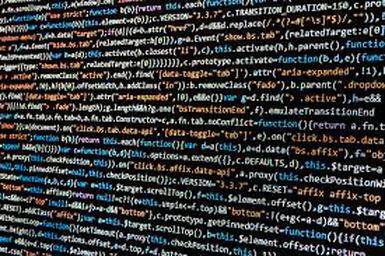 Did you think you would never have to hear the term “Net Neutrality” again? Well, the fight over that complex “internet thing,” Net Neutrality, is back — and it is as tough to sort out as ever.

“Net Neutrality” is what we have now — that is at risk of changing. The term refers to the policies we currently have in the US, that make sure that all data is treated equally over the internet by Internet Service Providers (ISPs). ISPs are companies, such as Verizon or Spectrum, that deliver internet data to users. They deliver the stream of your favorite Netflix series. They deliver your emails, Facebook posts, and digital articles from media sites — including this one.

“Net Neutrality” ensures that ISPs simply deliver this data, and deliver nothing else. All of the data should simply go from Point A to Point B without any tampering from the “deliverers.” The Federal Communications Commission, under the Obama Administration, had imposed strong Net Neutrality rules so as to protect this neutral delivery format.

But that may change. Right now, the FCC is debating getting rid of Net Neutrality. Without Net Neutrality, ISPs will be able to put a price tag on the speed of their data deliveries. This will mean that wealthy website owners can pay to have faster websites than everyone else’s. As a result, the websites of small businesses, the personal blogs of opinionated citizens, and many others of your favorite websites on the internet are at risk of loading significantly slower than the websites of Disney and Fox and CNN and Chase.

The Federal Communications Commission, which regulates airwaves, cable, internet and satellite communication, recently began re-debating the topic, and has now discussed a new plan. The Agency is revisiting the rules that had been put in place by the Obama Administration. It is even asking whether a neutral Internet is something that the government should even try to deliver.

Remind Me. Why is Net Neutrality Important?

The topic of Net Neutrality seems like prehistoric news. And one would assume that after the FCC published numerous reports on Net Neutrality, and there were repeated rulings on it in the Federal courts over the past four years, that the issue wouldn’t surface again. We find ourselves having the same conversation all over again.

The ACLU describes Net Neutrality as a first amendment right:

“We’d like to believe [the internet] will remain a place where you can always access any lawful content you want, and where the folks delivering that content can’t play favorites because they disagree with the message being delivered or want to charge more money for faster delivery.”

Strong public support for Net Neutrality, and numerous petitions, had led to a win for what supporters call “a free and open” internet in 2015, when the FCC voted unanimously to take a proactive approach to policing ISPs. The FCC’s rules even survived a 2016 suit filed by major internet service providers in Federal Court, who wanted a change; the court reaffirmed President Obama’s strict Net Neutrality policy.

So, if the public, the FCC, and the courts all seem to be in accordance on this issue, why are we here discussing Net Neutrality again in 2017? Well, with the election of a new President came the appointment of a new FCC Commissioner…

You may recognize him from a recent episode of Last Week Tonight with John Oliver as the anti-regulation President Trump-appointed FCC Commissioner. Pai has quickly become known for his large Reese’s coffee mug, his quotes from the film The Big Lebowski — and his loose stance on ISP oversight.

That time @AjitPaiFCC casually took a drink from a giant Reese's mug pic.twitter.com/RA14hopqre

The internet hasn’t been kind to the regulator who reportedly wants to put a “weedwhacker” to Net Neutrality regulations. But his plan, if passed, will considerably alter the ISP consumer relationship. What’s the Pai Plan?

Pai prefers the Clinton-era “light touch” approach to policing broadband providers. In an interview with the news site CNET, Pai describes his plan as retroactive — “watch for violations, then act” — rather than using preventative measures. “Let the marketplace develop, and if we see an example of any competitive misconduct then we can take targeted action to address that problem,” he declared. And his plan, the “Restoring Internet Freedom” proposal, will make this possible.

The “Restoring Internet Freedom Proposal” removes ISP’s from their designation as “Title II” organizations, which means that the FCC would not have the authority to stop providers from engaging in practices that violate Net Neutrality. Pai explained that the reason for his plan is economics.

“If you look at some of the studies that have been put out among the top 12 ISPs, investment is down by 5.6 percent…They’re having trouble obtaining financing,”

When the CNET reporter asked Pai about other studies that in fact show investment in internet infrastructure to be increasing, Pai responded that:

“…if you look at what consumers conceive of as being infrastructure investment, which was building out the networks in the United States, those numbers have gone down.”

An April 2017 Wall Street Journal op-ed, hails Pai’s plan because it would “revert to the bipartisan consensus that the internet should be “unfettered by Federal or State regulation.”

Critics oppose the idea of trading consumer protections for ISP’s freedom. This “freedom,” as one critic, Democratic FCC Commissioner Mignon Clyburn points out, is one that the courts have ruled against three times. Clyburn calls the Pai plan, the “Destroying Internet Freedom [Proposal].” She pulled no punches:”If you unequivocally trust that your broadband provider will always put the public interest over self interest, then the Destroying Internet Freedom [Proposal] is for you.”

Nevertheless, in May, the FCC voted 3-1 to begin the process to peel back neutrality rules. Clyburn’s words of dissent fell on deaf ears.

The FCC will accept public comments on Net Neutrality from now until early September. The last time the FCC began this process, John Oliver directed viewers to comment, leading to the FCC’s comments site being overwhelmed with traffic; ultimately the public outcry did in fact help to secure Net Neutrality in the recent past.

Is it time to speak up again, whatever your views? Oliver has once again decided to direct the public commentary. This time, he’s purchased a domain with a colorful name — gofccyourself.com — that feeds directly to the specific FCC page affecting this policy decision. The FCC is open to public comments for the next two months, at which point the agency will use those comments to direct its rule change. You can add your comments to the FCC website here: gofccyourself.com. Then click the “+express” button, and fill out the form. If you wish to comment on the FCC website page itself, we here at Daily Clout, who care about transparency in how democracies engage with citizens, note that the page itself on the FCC site is extremely hard to find, and once you find it, the site forces you to know the actual name of the proceeding, and compels you to search its own opaque database to find the name, rather than letting you comment in plain English. (FCC, please clean up your interface act.) The link is here: https://www.fcc.gov/ecfs/search/proceedings?q=name:((17-108)) Then remember to click “express+” and fill out the form.

Surprisingly, perhaps, even some tech giants are getting on board the movement to stop the proposed changes. Airbnb, Amazon, Netflix, and Google, have all joined various citizens’ groups in publicly denouncing the proposed changes in the FCC’s rules. And voices across the internet came together for a Day of Action to Save Net Neutrality on July 12th.

What do you think? Should the internet be equally accessible to everyone, as supporters of Net Neutrality propose? Or should it obey what supporters of change call free market rules to encourage investment? Join the nine million citizens who have commented already and, have your say.