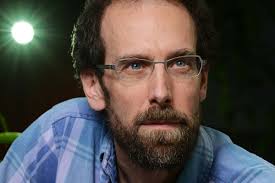 DailyClout has been reporting on the planned ScopEx experiment in Arizona, using a new geoengineering technology called “Solar Radiation Management” or SRM. The experiment is being run by a Harvard consortium, including Dr David Keith, Dr Gernot Wagner, and, in a stunning conflict of interest, Harvard’s Vice Provost, Dr Dustin Tingley.

ScopEx means that Dr David Keith and his team will release an unnamed particulate from a weather balloon or other form of aircraft, in the stratosphere over Tucson Arizona. The planned release is for 2017-1018, which means that it is either late, or already underway.

Community concerns in Arizona involve the fact that Harvard won’t confirm the nature of the particulate: Dr Keith has identified it at times as “sulphates”, meaning pollution; “alumina”, which has serious health hazards if inhaled and has been linked to Alzheimer’s, Parkinson’s Disease and dementia; and chalk. Thought the experiment has been planned for 2017-2018, Dr Keith and Harvard won’t confirm when the flights will begin, or indeed if they are already underway. They won’t confirm how many flights are planned, or how much material wil be released over the people of Arizona. Some climate scientists fear that such a release, with many unknown outcomes, may further damage the ozone layer.

Another serious concern that DailyClout and many of its Arizona community members share, is that the larger environmental effects of ScopEx are, according to geoengineering industry reports, “unknown.” The health effects of the release of this particulate — in amounts that aren’t disclosed, just as the particulate itself is not being disclosed — are unknown.

The scientists leading the push to adopt SRM tech do confirm that once SRM has begun, it would have to be continued (by the way, generating massive profits for Harvard, Dr Keith, Bill Gates and the VCs and hedge funds that have invested in ScopEx) and that if it is ever stopped, “catastrophic warming” would result.

The stated goal of proponents of Solar Radiation Management is to be able to create a “sunshade world” in which a screen or shield made up of particulates, such as “alumina” sprayed into the stratosphere, or sulphates — would create conditions worldwide such as that after the eruption of Mt Pinatubo; a white shell around the earth at the level of the sky, to block the sun. Notably, one of the Dr Keith’s partners in his private company Carbon Engineering, is one of Canada’s biggest fossil fuel moguls. A concern of many of those who follow DailyClout’s reporting on ScopEx, is that testing and promotion of SRM is being embraced uncritically by governments at a time when powerful interests are being challenged by the growth of solar energy systems, and at a moment when Wall Street is losing interest in fossil fuels. A “sunshade world” would dim the effectiveness of solar energy worldwide.

While the experiment is being presented — using Harvard to “academic-wash” the commercial nature of the venture — as an impartial scientific inquiry to advance our Plan B possibilities in the event that existing technologies cannot stem global warming, in fact ScopEx is a highly privatized venture involving serious commercial conflicts of interest for Harvard. Harvard boats of its “power to convene” government stakeholders from around the world, to learn about SRM and to prepare to use it. But since Harvard owns the IP and patents of the SRM technology generated, Harvard would benefit financially by governments aroudn the world buying or licensing the tech from — Harvard. This is especially problematic as ScopEX has accepted $100,000 in taxpayer funds, and since Harvard has status as an educational institution that accepts a great deal of additional public money. To refuse to disclose to the public important details of such a serious experiment upon the public, which is so highly privatized, even while accepting public money, is concerning to many.

This tech has been funded by various venture capitalists and hedge fund owners, as well as by Bill Gates. According to geoengineering industry newsletters, Dr Keith of Harvard has raised $7 million dollars from a $20 million dollar total raise planned. Dr Keith’s colleague Dr Gernot Wagner disputes that amoutn when contacted by DailyClout.io, but given multiple opportunities to confirm where the flights will take off from, how much material they will release, what the material is, what the effects on the environement and health may be, what the ownership ir equity stake is for the investors in ScopEx, and what the governnance is that allows these flights, Dr Keith and Dr Wagner and even Dr Tingley, have not given answers to these questions.

Citizens of Arizona also asked Dr Wagner, at DailyClout’s invitation, to explain the possible effect of ScopEx on the likelihood of wildfires in Arizona, as dry conditions have become a problem there. Aluminum heightens combustion, so many would consider that these are reasonable questions from those Arizona citizens whom Harvard pans to spray with unnamed particulates. Dr Wagner refused to reply.

A related issue is that the law forbids experimentation on human beings in America without their consent. INdeed, Harvard’s own medical ethics guidelines forbid medical or scientific experimentation on human beings without their consent. Consent is a specific transaction in which medical subjects sign a consent form indicating that they understand the risks of the experiment and that they give their informed consent. This has not happened with Harvard and the people of Arizona on whom Harvard plans to experiment. So in this regard, many feel that the experiment is illegal.

Which brings up the issue of governance. It is illegal to experiment on humans without informed consent according to US laws. This is why I continually ask Dr Keith in public, on behalf of DailyClout, what governance oversees the ScopEx experiment. His response to me in writing is “it’s complicated.”

According to a Geoengineering Industry website, ScopEx will be released from an Indian reservation. Dr Keith has not denied this. Of course, Indian reservations are not subject to the laws of the United States. If this report is indeed correct, it is quite concerning to many citizens of Arizona from whom we are hearing, that an experiment that is illegal in the US is being conducted on them, using the cover of a non-US jurisdictional system.

The prospect of a great university profiting form tech and IP generated by a launch that is illegal in the US outside of an Indian reservation, and doing so via experimentation on unconsenting Arizona citizens in a way that Harvard’s on medical ethics guidelines prohibit, and in a context in which all reportorial inquiry has been deflected, is a remarkable situation. It is causing alarm for many environmentalists, many Harvard alumni, and many members of the affected communities of Arizona.

It’s not just Arizona that should be pushing for answers and oversight, as, as one JetBlue pilot told me, winds at that level can travel for a thousand miles.

All of us may soon be affected by ScopEX.