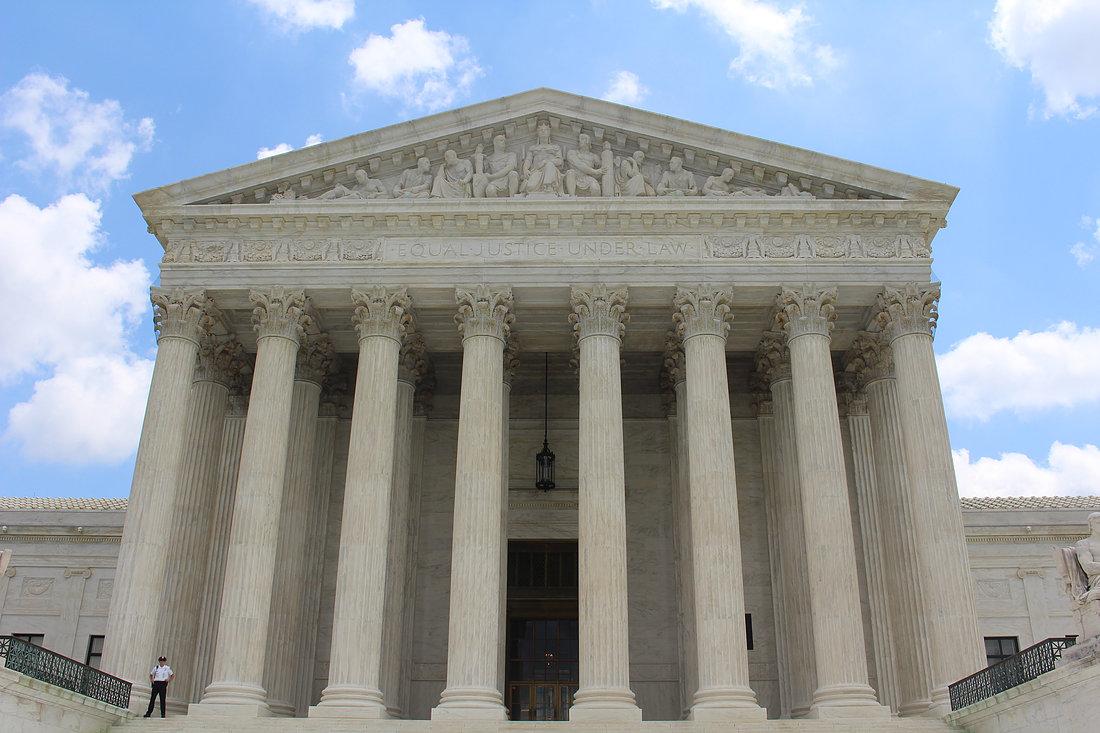 The Fifth Circuit’s Temporary Injunction Halting OSHA’s Vaccine Mandate
The American public is largely perplexed by the fact that numerous vaccine mandates
are being promulgated in ways that are causing people to lose their jobs, homes, and sense of
security without due consideration of religious beliefs and medical autonomy. Forced medical
procedures are quintessentially and historically un-American and yet a glaring exception has
been made for vaccinations as a prerequisite for children to attend school. The new vaccine
mandates involve a breadth of medical autonomy infringement never before seen in American
history, and they apply to adults as well as schoolchildren. This article addresses the Fifth
Circuit’s injunctive relief against enforcement of the recent Occupational Safety and Health
Administration (OSHA) vaccine mandate and it is the first in a series of articles explaining legal
challenges to vaccine mandates and what is going on in the courthouses today.

On September 9, 2021, President Biden announced that the Department of Labor was in
the process of developing an emergency rule to require all employers with 100 or more
employees to fully vaccinate all employees or subject them to a COVID test at least once a
week. On November 5, 2021, OSHA announced an emergency temporary standard (ETS) setting
forth a vaccine mandate consistent with Biden’s directive. On November 12, 2021, the Fifth
Circuit Court of Appeals issued a preliminary injunction to halt enforcement of the ETS vaccine
mandate pending further proceedings and specifically ordered OSHA to take no steps to
enforce the ETS pending further court order. The Fifth Circuit’s injunction remains in effect pending a ruling by the Sixth Circuit.

Biden’s and OSHA’s attempts to force millions of Americans to take unwanted
medication in the form of a “vaccine” (note that the Centers for Disease Control changed the
definition of “vaccine” in 2020 so that the COVID-19 injections could be labeled “vaccines”) constitutes an unprecedented attempt to use federal regulatory power to override individuals’ medical
autonomy–the most fiercely protected individual interest arising from the Liberty Clause.

The constitutional problems with the mandate are largely structural, arising from the
separation of powers and the Framers’ deep commitment to limiting federal power by
enumerating only so many subjects over which Congress has jurisdiction under Article I, Section 8, with all other powers reserved to the states pursuant to the Tenth Amendment.

Not only does Congress (which created OSHA) lack the authority to create such “sweeping” public health pronouncements on matters of public health – one of the general powers reserved to the states – but in addition OSHA failed to follow its own prior positions concerning COVID-19 as well as its own regulatory guidelines. The entire process by which Biden’s vaccine mandate was pushed via OSHA smacks of desperation and manipulation.

Accordingly, numerous lawsuits were filed to challenge the OSHA ETS on constitutional
and other grounds. The lawsuits were consolidated under a federal rule to select randomly one
federal appellate court to review efficiently issues common to the pending lawsuits. The case
consolidation landed in the Sixth Circuit, and one challenger promptly filed a petition on
November 17, 2021 for a hearing en banc, seeking affirmation of the Fifth Circuit’s injunction.

At the outset, the Fifth Circuit found “cause to believe there are grave statutory and
constitutional issues” with the ETS that seeks to force “unwilling employee to take their shots,
take their tests, or hit the road.” US Supreme Court precedent delineates four factors to
consider when an injunction is requested: 1) whether the party seeking a stay has made a
strong showing of succeeding on the merits  (to obtain a permanent injunction); 2) whether
failure to issue a stay will cause irreparable harm; 3) whether issuing the stay will substantially
injure opposing parties; and 4) whether the public interest supports a stay.

As to the first factor, the court found that despite the “dubious assumption” that the
mandate could survive constitutional scrutiny, it is “nonetheless fatally flawed” by its own
terms, being woefully both overinclusive and underinclusive. It is overinclusive because it
applies to all industries, even those where risks of infection are minuscule such as “a security
guard on a lonely night shift.” There is no exception for natural immunity, which has been
known for decades to be superior to vaccine-induced immunity, rendering it further
overinclusive (it would force naturally immune persons to take endure the unnecessary risks of
vaccination or be bogged down with a weekly test despite having superior natural immunity).

It is also underinclusive by failing to protect employees with 99 or less employees from
the “grave danger” OSHA attempts to rely on to justify its ETS. If the danger of COVID
infections remains “grave,” then why are day care centers where people work in small areas
with many persons not subject to the ETS? The mandate is a “one-size-fits-all sledgehammer”
that falls short of OSHA’s burden to prove “grave danger” and to prove that the ETS is
“necessary.” OSHA’s ETS burden sounds similar to the most stringent test for constitutionality
known as “strict scrutiny,” which has been declared the test for medical autonomy
infringement and also places the burden of proof on the government. The mandate also fails to
meet the standard of addressing a “new hazard” confronting employees in the workplace (and
contradicts prior OSHA pronouncements concerning COVID).

In short, Biden’s and OSHA’s attempt to “shoehorn an airborne virus” that is not life-
threatening to the vast majority of Americans into a toxic and poisonous substance was called a
“transparent stretch” by the court, and thoroughly disingenuous: “The underinclusive nature of
the Mandate implies that the Mandate’s true purpose is not to enhance workplace safety, but
instead to ramp up vaccine uptake by any means necessary” and “the Mandate flunks a cost-
benefit analysis here.” The senselessness of the mandate becomes clear upon critical analysis.
It seems like more of a vaccine sales tactic than an attempt to enhance public health.

Second, the harm caused by the ETS would be irreparable. Individuals face losing their
jobs and financial security to avoid the COVID vaccine or face ongoing burdensome testing –
assuming they do not suffer serious adverse effects or die from the vaccine. Violations of constitutional rights – for any length of time – constitutes “irreparable injury,” and the Fifth Circuit opined in dictum that, apart from the OSHA regulation-based failures of the ETS, it is unconstitutional per se as outside of the scope of congressional power created by Article I, Section 8’s Commerce Clause. Employers subject to the ETS also would be irreparably injured due to the extraordinary and nonrecoverable compliance costs.

Third, the temporary injunction will not harm OSHA. “Any interest OSHA may claim in
enforcing an unlawful (and likely unconstitutional) ETS is illegitimate.” In addition, there can be
no “harm” from being denied the ability to issue unlawful and unconstitutional dictates.

Finally, staying the ETS is in the public interest. “From economic uncertainty to
workplace strife, the mere specter of the Mandate has contributed to untold economic
upheaval in recent months.” The Fifth Circuit also noted, “The States, too, have an interest in
seeing their constitutionally reserved police power over public health policy defended from
federal overreach.”

The Fifth Circuit’s opinion is a breath of fresh air in a sea of insanity surrounding the
vaccine mandates and vaccine passports. But it is a limited decision grounded in Biden’s and
OSHA’s inappropriate power-grab to push “vaccines” on the public. The question remains:
What happens if a state passes a COVID vaccine mandate in the regular course of business,
which would circumvent the OSHA regulatory-based and constitutional failures explained by
the Fifth Circuit opinion that warranted the temporary injunction? The individual Liberty
Clause-based answer will be provided in my next article for The Daily Clout.

DONATE HERE TO SUPPORT OUR WORK 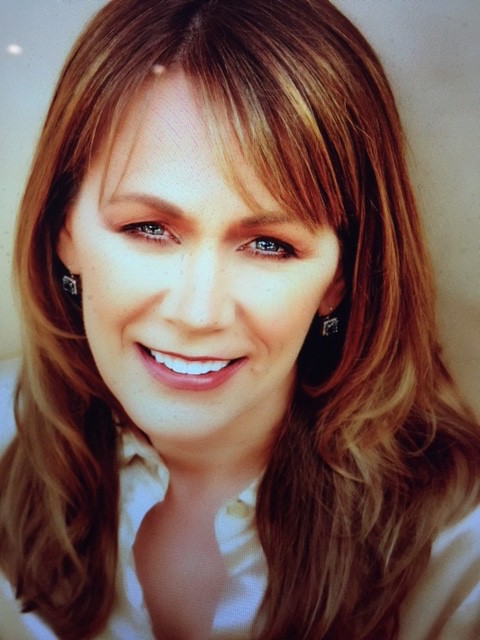 Deana Sacks Esq. is originally from Gig Harbor, Washington and received law degrees from the University of Southern California and U.C. Berkeley. She is licensed to practice law in the United States Supreme Court, California, and Washington. As a law professor, her scholarship has centered on civil rights, children’s health and development, implicit bias, and regulation of dangerous speech.  She has authored numerous law review articles and was a contributing author in the groundbreaking book, Implicit Racial Bias Across the Law (Cambridge University Press, 2012). In 2014, she started a grassroots talk show, Meet The Professors (www.meettheprofessors.org), to provide free public access to professors’ expertise concerning  pressing social issues in a conversational and upbeat format. She joined the DailyClout team in 2021 as a legal advisor and drafter of model legislation.