US Senator introduces education bill to give ‘control back to parents, not woke bureaucrats’ 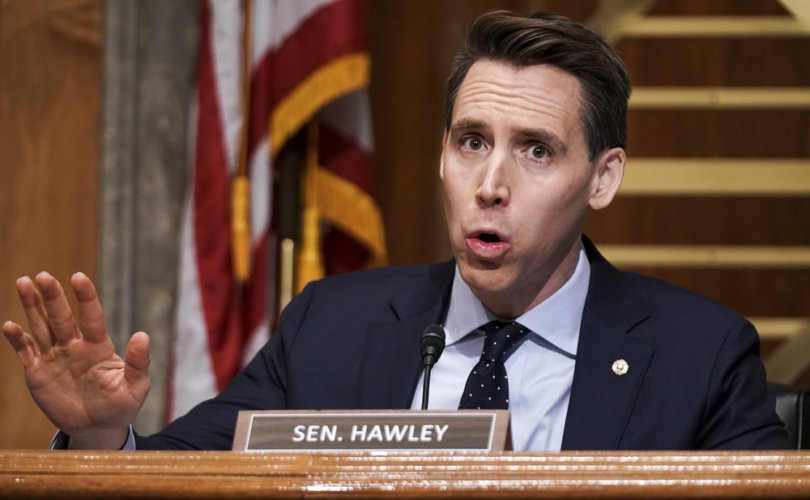 U.S. Sen. Josh Hawley’s “Parents’ Bill of Rights” has been introduced in the Senate as part of a pending education funding law. The legislation would protect the rights of parents to attend school board meetings, view curricula, and protect data. It would also increase government transparency by requiring schools to disclose what outside contractors and groups are coming into the schools.

It creates a right for parents to view syllabi and reading lists, too. The legislation also ensures parents can “access information on the teachers, guest lecturers, and outside presenters who engage with students at the school.” Outside groups such as Planned Parenthood and Sexuality Information and Education Council of the United States (SIECUS) regularly teach sexual education to children. Both groups push birth control and abortion.

It could also help parents be informed when their kids start claiming they are transgender or gender-fluid. A Wisconsin school district recently announced a policy to hide from parents when students are or claim to be “transgender,” or gender dysphoric.

Sen. Hawley’s bill also protects student data. It would prohibit the collection of “biometric data or other sensitive personal information” by the school without permission from the parents. It would also allow parents to prevent schools from taking video, photos, or audio recordings of their children.

Parents and legal guardians of children have a “right to be heard at school board meetings” and other government bodies that are discussing educational policy.

“Parents will be empowered to sue schools that do not protect these rights for injunctive relief,” Hawley’s press release explains. “A pattern of such violations in a particular jurisdiction will trigger major reductions in federal education funding.”

“America has long recognized the right of parents to direct their children’s education, but we are now seeing a concerted effort by the Left to shut parents out,” Senator Hawley said in a news release.

“Whether it’s Joe Biden’s Justice Department attempting to classify parents as ‘domestic terrorists’ or activists funded by dark money who seek to quietly introduce critical race theory into school curricula, education has taken a back seat to radical politics in many schools, and parents are taking notice,” the Missouri senator said.

“It’s time to give control back to parents, not woke bureaucrats, and empower them to start a new era of openness in education,” Hawley said.