“Or Bust” 2020, or Why Biden Will CERTAINLY Be Defeated 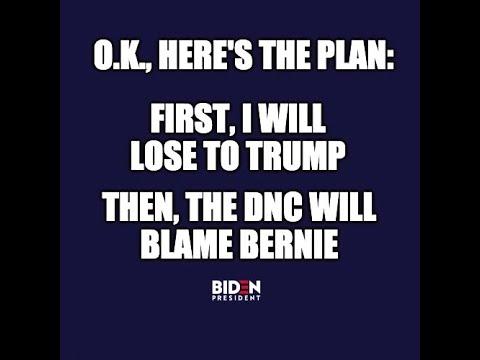 https://youtu.be/tMqHupIFoPk
If Senator Sanders does not become the Democratic Party nominee, the Bernie or Bust organizers are going to use their PAC, network connections (see attached from WSJ) and email list of 53,000+ voter pledge-takers to make sure everyone they can reach understands that Joe Biden is both a male version of Hillary Clinton and mentally unfit to be President.
2020 = 2016 plus dementia.
These mostly cyber-connected organizers are not pioneers this time around. They have been building a democratic, electoral version of the broader #DemExit that’s already underway.  If Senator Sanders gives up his campaign as a Democrat and doesn’t run as an Independent, Green or write-in candidate, the “or bust” phase of this strategy will begin. After the Convention in Milwaukee, if there is one (but in July either way), there will be a vote by Bernie or Bust pledge-takers as to which progressive, third party candidate will be supported in their anti-Biden attack ads, memes, and narratives. While it’s unlikely that 3rd party candidate will win the election, the strategy coordinates progressives who wish to vote their conscience in opposition to both the neo-liberal Democrat and the neo-fascist President and greatly reduces the chances that Biden will defeat Trump this year.
The main reasons why VP Joe Biden, if nominated, cannot and will not defeat President Trump are:
Spread the love 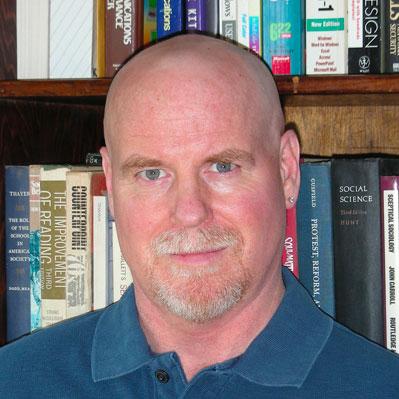 Victor Tiffany, political revolutionary: Victor has an MA in the Social Sciences from Binghamton University. He was active in the nuclear freeze campaign in the 1980s; and after the Citizens United v FEC decision in 2010, he became active in the movement to amend the Constitution to overturn that and all related decisions. He took a leave of absence from his role as the senior columnist for The Amendment Gazette to organize a national leverage strategy on behalf of Senator Bernie Sanders.

Spread the love
This DailyClout article is the writer’s opinion.
One of our country’s most important freedoms is that of free speech.
Agree with this essay? Disagree? Join the debate by writing to DailyClout HERE.
Spread the love
Previous Story20 Years Later, It’s Time to Update CT’s Extreme Risk Protection Order Law
Next StoryThe Week In Democracy: UK Bill, US DOJ Effort, To Detain Longer, Suspend Trials; in UK, to Allow Postponement of Elections