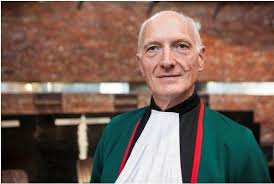 The President of Magdalen prosecutes a homophobic case to deny LGBTIQ persons in the
Cayman Islands equal rights.

I express my distress and dismay that Ms Dinah Rose QC, the new President of Magdalen, is lead
counsel on behalf of the government of the Cayman Islands in litigation that seeks to deny equality
for LGBTIQ people.

Two women from the Caymans, Ms Chantelle Day and Ms Vickie Bodden Bush, love each other.

They are committed to each other for life. They want to marry. Denied that right, they went to
court. At first-instance, Chief Justice Smellie gave them their dream of the equal right to marry.

But Ms Rose QC aggressively attacked that judgment. Leading for the government of the
Caymans, she persuaded the Caymans Court of Appeal to overturn Ms Day’s and Ms Bush’s right
to marry.

Ms Day and Ms Bush now appeal to the Privy Council (Day and Another (Appellants) v The
Government of the Cayman Islands and Another (Respondents) (Cayman Islands):
https://www.jcpc.uk/cases/jcpc-2020-0033.html).

On behalf of the Caymans government, Ms Rose vigorously opposes their appeal. It seems that,
in the capacity, she even seeks a debilitating costs award against the couple, should their appeal
fail. This seems indefensible and vindictive.

I do not dispute that everyone has the right to legal representation. I endorse the principle that
even unpopular causes and litigants are entitled to counsel. I accept, also, that the Caymans
government in denying equality to LGBTQI people is entitled to secure counsel to prosecute its
homophobic case.

What dismays and distresses me is that the President of Magdalen has professionally embraced
this cause. She did not have to. There are some 1700 QCs in London. There is no shortage of
counsel available to litigate on behalf of homophobia in the Caribbean.

The question is only whether it is right and proper that the President of Magdalen should be
pursuing this homophobic cause.

Magdalen is the college of Oscar Wilde. It is appalling that, 125 years after Wilde’s persecution,
trial and imprisonment, the President of his college can ally herself with those who seek to
persecute LGBTIQ persons in the Caribbean by denying them equal rights.

The Magdalen President’s role in this litigation is a stain upon the college. Worse, it is a fearsome
source of apprehension and stigma to young LGBTIQ people who seek to find a haven of security
and safety and dignity at Oxford and in Magdalen.

The President of Magdalen owes a duty to the college as well as to its LGBTIQ members to uphold
Magdalen’s equality policy. Choosing to deploy professional energies on behalf of a homophobic
government is incompatible with this duty.

There is a direct line between homophobic conduct like that of the Caymans government and the
terrifying levels of violence and brutality that, even now, are being perpetrated against LGBTIQ
people in neighbouring Jamaica (one of the most homophobic societies in the world).

The litigation Ms Rose QC leads forms part of and actively reinforces the continuum of violence
against LGBTIQ people throughout the Caribbean. It sends the same damaging, humiliating and
stigmatizing message to the LGBTIQ community of Oxford and Magdalen: you are not equal, and

I will not protect and defend your right to dignity.

I ask that Ms Rose QC return her brief. And, if she cannot, I ask that she accept that her continued
prosecution of the case is radically incompatible with the promises she undertook when she
became President of Magdalen.

In addition, I call upon Ms Rose QC to donate her brief fees she has already taken from the
homophobic government of the Caymans to a cause or shelter protecting Caribbean people from
homophobic violence.

In the interests of Magdalen, in the interests of her own dignity and self-respect, I call upon Ms
Rose QC to make a choice and to do so with humility and care. She cannot professionally advance
homophobic causes while professing to nurture and protect vulnerable young minds and
personalities at Magdalen. She must give up her paid brief or resign from the College.