OPINION: I fact checked Naomi Wolf’s new book on gay rights – the mockery she has faced for one error disguises the real outrage we should feel 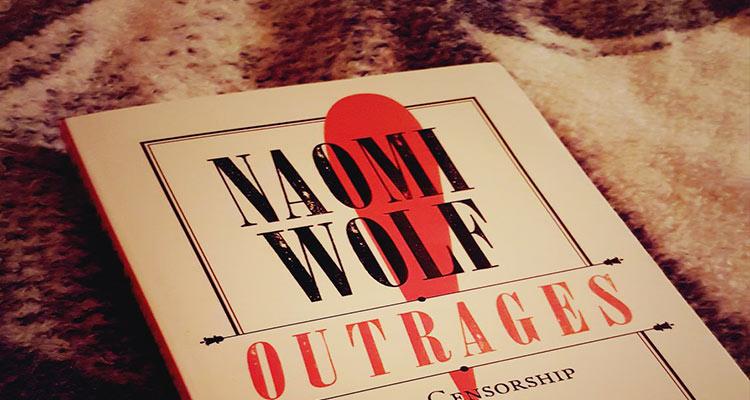 For a month, critics have attacked Naomi Wolf’s new book, Outrages: Sex, Censorship and the Criminalization of Love, which explores how 19th-century UK laws persecuted homosexuality around the world and fuelled the gay rights movement. A BBC radio host pointed out on 21 May that the phrase “death recorded” did not mean that a number of the death sentence prisoners that Wolf had cited had been executed. A social media and news story furore followed.

But surely we should be reckoning with a dark aspect of British colonial history which Wolf investigates, rather than let ourselves be distracted by this uproar?I fact checked Naomi Wolf’s new book on gay rights – the mockery she has faced for one error disguises the real outrage we should feel

I am involved with this debate: in 2018 I was asked by Wolf to read the manuscript of her book, and to apply a legal practitioner’s eye to the narrative and argument.

I am not a legal historian; I am a criminal law practitioner and human rights lawyer, and I have practised at the English Bar for over 40 years; I have extensive courtroom experience. I am a Queen’s counsel and am now the director of the Human Rights Institute of the International Bar Association.

I checked the statutes involved, including the Judgement of Death Act; I checked the case law referred to by the author and I checked Jowett, the famous legal dictionary. In the book, Wolf refers to the fact that in the mid-19th century and onwards, homosexual men were facing an accelerated threat of imprisonment. They also faced the death penalty until 1861. She describes such cases where the indictment and trial ended with “death recorded”. I assumed it meant just that: that the death penalty was passed. Like her, I had no reason to think otherwise.

I think the assault upon Wolf is ridiculous. I also do not think it is wholly accurate, having discussed the phrase “death recorded” with a number of people who have made a study of the death penalty. “Death recorded” was like a Sword of Damocles hanging over the head of a man. It was not, contrary to the BBC, “the opposite” of a death sentence.

Sometimes the execution was not put into effect, but the prisoner lived in terror; and sometimes it was still passed. As my Scots mother would have said, “only the English would devise ways of saying something, even in law, but meaning something else”.

Apart from the regrettable fact that the legacy of homophobic British colonial law should be the focus of the debate about Wolf’s book, Outrages, and sadly isn’t, I also detect in this controversy about Wolf’s book a rather nasty British display of tall poppy syndrome – which means that the successful have to be bought down a peg or two. There may also be that old resentment at an American social critic daring to take on anything British. But most of all I am sure there is a high level of sexism in the mix, with a dismissal of female scholarship, and a territorial claim to certain kinds of subject matter.

This misunderstanding of the “coded language” in this phrase has been hugely magnified, and detracts attention from the main argument in the book. But we should have no doubt that the 19th century saw a significant gear-change in the use of law to criminalise homosexual conduct and the consequent ratcheting up of punishment.

We – the British – imposed these attitudes on British colonies around the world, which had not previously criminalised homosexuality until we introduced such laws. There may have been religious expressions of abhorrence in the colonies, but the conduct escaped the sanction of criminal law. But from around 1850 onwards, the British Empire spread penal codes and laws proscribing male to male sexual relations. It was a religious and moral mission.

In India, where the Supreme Court recently struck down that part of their penal code, they described it as “Macaulay’s Legacy.” When Lord Thomas Babington Macaulay chaired the Indian Law Commission in 1834, he had recommended that a penal code be established containing such a prohibition. The same zeal to punish was introduced throughout Africa and the West Indies. It extended to Singapore and Hong Kong. But at the same time as we were spreading punitive law, the Ottoman Empire was decriminalising same-sex acts; they were decriminalised already in France and Italy. This legal and homophobic legacy of British colonialism affects LGBT+ communities in former British colonies, to this very day.

Research recently conducted by the LGBTI Committee of the International Bar Association, in partnership with the Inter-American Human Rights Commission, shows a correlation between criminalisation and the persecution of gay people in society at large to this day. Law that criminalises sexuality creates a social climate of hostility and stigma with grievous and measurable consequences. This research concentrated on the high levels of discrimination, violent assault and murder of gay and transgender people in the Caribbean islands, but the same research outcomes could easily be identified in many other parts of the world.

Of the 54 countries of the Commonwealth, 35 still criminalise same sex activity between consenting adults. A total of 72 nations globally still criminalise consenting same sex activity; which means that the Commonwealth has a majority that continue to uphold the inherited homophobic colonial law. Modern readers would reasonably assume that there is mobilisation to end this appalling status quo. But unfortunately, there has not been a lot of support for change at the Commonwealth Heads of Government Meeting.

Outrages is an important book, because it helps us get to the roots of homophobia. The central argument – that hostility to homosexuals is a product of patriarchy – has to be understood by us all. And as far as I am concerned, the importance of that argument puts this academic brouhaha in its insignificant place.

Spread the love
This DailyClout article is the writer’s opinion.
One of our country’s most important freedoms is that of free speech.
Agree with this essay? Disagree? Join the debate by writing to DailyClout HERE.
Spread the love
Previous StoryThe Week In Congress: Dreamers, Declaring War, and Reuniting Korean-American Families
Next StoryThe Week In Congress: Arms Deals, Iran, and Reparations