Opinion: “Everything You Wanted To Know About In The New Stimulus Bill” 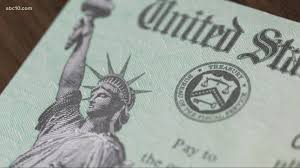 As an update to my October 15, 2020 “The New Stimulus Bill Won’t Deliver: Not In the Long-Term“, my break-down of the massive 5,593 page Consolidated Appropriations Act, 2021, signed into law on December 27, 2020, leaves me still to wonder where the stimulus that would ensure a robust recovery is. The desperately needed appropriations for the stimulus portion of the bill fall far short in key areas, and long-term stimulus and reforms that would ensure a sustained and vigorous recovery are, well, non-existent.

For some background, the Consolidated Appropriations Act, 2021, may be the largest bill ever enacted by Congress. It bundles numerous bills that have already been in play in Congress and combines the $1.4 trillion of appropriations, to keep the government running, with the new stimulus of over $900 billion. Further, and to eliminate any confusion readers might have, the bill originated as the United States-Mexico Economic Partnership Act. That text passed the House and Senate in late 2019 and early 2020, but in non-identical forms. In December 2020, the text of the bill was replaced with the omnibus appropriations and the new coronavirus relief bill, becoming the vehicle for the passage of the Consolidated Appropriations Act, 2021. So, please do not be confused when you link to this Act and think you have landed on the wrong page for an economic partnership act with Mexico.

I want to give a shout out to the bi-partisan Problem Solvers Caucus (25 Democrats and 25 Republicans) who hammered out the framework for the stimulus portion of this bill. While the dollar size of their recommendations started at a much larger number in the early Fall of 2020 – $1.5 trillion – their framework and recommendations remained largely intact and, I believe, if not for them, the Senate would still be dithering.

To begin, as with many bills passed by Congress, the reader is often left to wonder how certain provisions made their way into it. This bill is no different. With the pressure of deadlines and with so many Americans literally hanging by a thread, some of the provisions, particularly in the tax related sections of the bill where giveaways are plentiful, could be interpreted as heartless and abhorrent. There really is no nicer way to put it. In addition, this bill, like the first stimulus bill, does little to create net new jobs that would ensure a strong and sustained economy. Nor are there fundamental reforms that would benefit small business, the engine of our economy, which was under attack before the pandemic and has been decimated since. Just a reminder, small business, defined as companies with 1-500 employees, provides nearly 50% of all employment in the U.S., generates two-thirds of net new jobs and drives innovation with 16 times more patents per employee versus larger corporations. Ensuring that this sector survives and has the ground support to revive and grow vigorously post the pandemic is absolutely vital to the long term health of our economy and its growth.

New legislation will most certainly be needed in 2021-2022, in my opinion, to put the economy, the infrastructure and small business, in particular, back onto a road for a healthy and sustainable recovery. With this bill Congress is simply trying to staunch the bleeding. President-elect Joe Biden has begun to outline further stimulus. I do expect that his administration will attempt to fill the gap left by this bill and also provide the nuts and bolts type of stimulus necessary to get all Americans back to work and quickly. Stay tuned.

A shortened summary of the Stimulus portions of the bill starting with the highlights are:

To read a detailed summary of the COVID-19 Relief Provisions of the Bill click here.

Unquestionably, all of this stimulus is needed and welcomed. And lawmakers have managed to carve out increased support for the hardest hit communities. However, the situation for many Americans is still very dire. And spokespersons for the Health Care, Housing, Education and Small Business sectors have all said the stimulus comes up considerably short of the real need.

Thus the direct payments and unemployment extensions are, to be polite, skimpy, especially as infection rates mount to record levels. In addition, $25 billion for rental/housing assistance may be a drop in the bucket of the estimated real need for renters and landlords of as high as $100 billion according to National Low Income Housing Coalition.  With 30 to 40 million Americans facing eviction a 30-day extension of the national eviction moratorium to January 31, 2021 can be described as nothing short of a gut punch.

The situation is no less severe for Education. While the $82 billion for this sector seems substantial, it is estimated that schools have lost as much as $200 billion during the pandemic as their needs and costs have risen with the new challenges posed. Many universities and community colleges face imminent financial calamity. Here again, it is the less fortunate, hardest working Americans, who are impacted the most. The American Council on Education and other sector representatives have described the aid as “wholly inadequate”. Shall I go on?

Is this really the best Americans can do for each other? As I described in my October 15, 2020 article, “The New Stimulus Bill Won’t Deliver — Not In The Long Term”, the U.S. is on a race to the bottom with tax cuts that, over decades, have had no impact in supporting sustained and broad-based  prosperity. In fact, quite the opposite. In the meantime our infrastructure has deteriorated at such a rate that the U.S. ranking has sunk to be – wait for it – not even in the top 10. Let that sink in!

To continue, notable exclusions from the relief portion of this bill just seem outright mind numbingly dumb and they “pull the rug out” rather than help to stabilize. They include:

On the other side of the equation, some small provisions provide a ray of hope that there is sanity such as:

As regards the rest of the bill? While remembering that most of this legislation is a government appropriations bill to simply keep the doors open, the more interesting additions fall into three categories, which are “Oh, That’s Nice”, Why and Why Now”, and “Really?”. Those provisions falling into the “Really?” category are most represented in Tax Extenders. These temporary provisions were due to expire at the end of 2020. There were 33 of them. Of those only one was allowed to expire. A handful were made permanent, others were extended for 1 to 5 years. The fact that these types of extensions are being thrown into this bill shines a bright light on the desperate need for tax reform, once and for all, that addresses reality, not some hocus pocus notion that reducing taxes will somehow enable trickle-down economics that will stimulate the economy and create new jobs.

I leave it to the reader to arrive at their own conclusions and categories for each of the provisions in the bill noted below:

Relating to green energy and the green economy, sectors which have shown strong job growth and prospective job growth, Congress agreed to increase funding for the Department of Energy’s Weatherization Assistance program and extend tax deductions for energy efficiency in commercial buildings. This could help get some of America’s 314,000-plus unemployed energy efficiency workers back on the job while also saving money for consumers, businesses and local governments with every monthly electric bill. What a concept!

In addition,  the Production Tax Credit (PTC) for wind will be extended through 2021 while the Investment Tax Credit (ITC) for Solar will extend through 2023. Non-business solar tax credits for individuals also are extended through 2023. The bill also expands important federal clean energy research, development, and demonstration programs — including the DOE’s Loan Guarantee Program and Advanced Research Projects Agency (ARPA-E). And there are funding increases for energy storage/batteries and grid modernization. The package also raised the level of funding that could be available next year.

Finally, also included in the bill is the American Innovation and Manufacturing (AIM) Act, which sets standards to phase-down super pollutants known as HFCs, or hydrofluorocarbons, used in air conditioners, refrigerators and other applications. Under the AIM Act, America will cut the use of HFCs by 85 percent over the next 15 years. That will reduce heat-trapping carbon dioxide emissions by 150 million tons, the equivalent of taking 32 million cars off the road. In addition to cutting greenhouse gasses, these measures are expected to create 33,000 jobs and spur $12.5 billion of new investments as building owners, HVAC and appliance companies and others roll out new products to meet the legislation.

Now that’s what I call stimulus.

To see more on these subjects refer to:

March 25, 2020, How the Proposed Emergency Bill Will Further Prioritize Big Business At The Expense Of Small Business

April 16, 2020, Why Did the CARES Act Tie-Up Help For Desperate Small Business

April 22, 2020, Update Three: The War On Small Business Escalates Via The CARES Act

July 1, 2020, COVID Trillions, The HEROES Act, An Infrastructure Bill, And The Death of 25% of Small Business

Charlotte Walker is a board member and advisor for early to mid-stage technology companies, including Daily Clout, Inc. As an entrepreneur, start-up/early investor and former investment analyst and investment banker, her passion is innovation and the business and capital formation process.