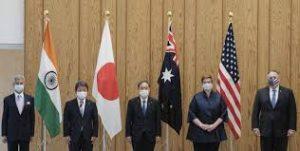 In the world, China is perhaps the lone country which has a copyright for ‘delinquency’ which the country wantonly flaunts by wearing the mask of avant-gardism and reasonableness.

On Monday, Chinese Foreign Ministry spokesperson Zhao Lijian wrote in his twitter handle: “Shocked by murder of Afghan civilians & prisoners by Australian soldiers. We strongly condemn such acts, & call for holding them accountable.”

As if it was not complete, Hua Chunying, another Chinese Foreign Ministry spokesperson’s statement on the same issue, however, slightly different in tenor was tweeted by CGTN, China’s English-language news channel based in Beijing owned by China Central Television, state-owned broadcaster.

“The Australian government should feel ashamed over soldiers holding a knife to an Afghan child’s throat and killing innocent Afghan civilians, instead of those condemning such acts,” CGTN tweeted.

Of course, objectives of such tweets were none other than scoring political points against Australia which is not in the good books of Beijing ever since Canberra called for an investigation into the origins of the corona virus pandemic and joined India, Japan and the US-led Malabar naval exercise in the Bay of Bengal.

In fact, China looks at the Quad, of which Australia is a key member, as an anti-China clique and by targeting Canberra, Beijing wants to heap scorns against the Pacific country. In recent days, Australia has blocked Chinese investment projects, banned Chinese tech firm Huawei from its 5G tender and has condemned China for its human rights violations in Hong Kong and the Xinjiang region.

But China, which has a rare expertise in disinformation, misinformation and distortion of facts, has exemplified its perversity beyond human consideration. After blaming Italy, the US and Europe, without evidence for the Covid-19 outbreak, China is now blaming India for the deadly coronavirus. A team of researchers from the Chinese Academy of Sciences has claimed that the Covid-19 virus originated in India in summer 2019-jumping from animals to humans via contaminated water-before travelling to Wuhan, where it was first detected.

Though no one takes China’s accusations seriously, remember how it has not allowed the WHO-led team to investigate the origin of coronavirus. Rather it stoutly defends its action in containing the virus, while blatantly ignoring the fact that it played a key role in spreading the deadly disease across the world. It is responsible for the death of over a million people and could be held accountable for manslaughter. It can’t escape the blame for being the virus super spreader as those who were tested across the world for coronavirus, had links with Wuhan.

The Kerala youth who was tested for the virus in India in January 2020, was studying in Wuhan. If China thinks that the virus didn’t originate in Wuhan, then why not it is letting the WHO team to probe the fact.

Instead, the more it will try to blame other countries for the virus, the more it will attract suspicion of being guilty. China, instead of safeguarding its international image, is unfortunately indulging in heaping scurrilities on India, Australia, Japan, the US and other international community members as they are repeatedly asking Beijing for probity in its political, social and diplomatic behavior.