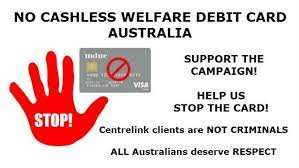 With a looming spring election Prime Minister Scott Morrison is already in campaign mode, Australian pensioners are anxious Morrison will be re-elected and are mindful of recent cuts to Medicare services and the financial impact they will bear, if there are more cuts to aged care services. Because, on the 17 December 2020, the Social Security (Administration) Amendment (Continuation of Cashless Welfare) Act 2020 was passed, without conclusive evidence the cashless debit system benefits card holders and now there are fears the cashless debit card will be extended to the age pension. Amplified by, reports the card restricts their human rights. In response the Labour party, has pledged to defend the rights of pensioners.

The Federal government concept of welfare income management saw the development of the Indue card, given to recipients of the Newstart unemployment benefit and the Youth Allowance. Permitting 80 per cent of their payments to be withheld in a special fund that cannot be used to withdraw cash, buy alcohol or gamble. With trials in South Australia, the East Kimberly and Goldfields regions in Western Australia, the trial has been extended to Bundaberg and Hervey Bay regions in Queensland, proving effective in reducing youth unemployment. The Indue card’s application to those receiving welfare payments has not escaped controversy, with many welfare groups critical of the Government for going ahead with income management scheme despite a lack of evidence the concept  works (www.abc.net.au/news/2019-09-10/scott-morrison-defends-expansion-of-cashless-welfare-card/). Critics of the cashless debit card have condemned the decision to extend the scheme as a backwards step for Indigenous Australians and welfare recipients. With the federal government responding with the policy will help communities, by preventing people on welfare from spending money on alcohol and drugs. But Indigenous community leaders as well as legal and advocacy groups reject the claim, warning continuation of the “punitive, discriminatory and harmful scheme” will cause further harm to welfare recipients. NATSILS co-chair Priscilla Atkins said continuing the cashless welfare card without “conclusive evidence” of its effectiveness was “deeply concerning” and “This bill will have harmful and damaging consequences for people [and] is in direct conflict with the Closing the Gap agreement,” she said.

Labor MP Justine Elliot has thrown the cat amongst the pigeons on her twitter profile, tweeting the Morrison Government is planning to extend the Indue card program and apply it to the aged pension an income management tool and has shared a 2020 video of Social Services Minister Anne Ruston saying the government was considering making the cashless debit card a “universal scheme”. (https://startsat60.com/media/news/politics/fact-check-will-pensioners-be-forced-onto-cashless-welfare-cards). Senator Ruston has fired back, saying the government would never take such a move. However, a YouTube video has emerged of Rushton discussing the benefits of the indue card as a financial budgetary tool and the desire to expand the card to all areas of government welfare income management (www.youtube.com/watch?v=ZwuBg-vmDv4). The Labour Party has set up a special 10-member protecting pensioners taskforce in the party room, chaired by Ms Elliot to prosecute the argument and shield pensioners from being coerced onto card,” a Labor spokesman told a media briefing after the party room meeting. (thenewdaily.com.au/news/politics/australian-politics/2021/06/26/pension-cashless-debit-card-labor/).  The Department of Social Services is responsible for maintaining the card and the account holding the quarantined funds, similar to the government robodebt scheme and is eroding the foundational principles of the law. For robodebt, it was the concept of safety and fairness in the collection of debts. For the indue card it is the ability to choose a savings account suitable to the customer’s needs and means. Back in 2016, the Department of Social Services created a loophole, meaning no action would be sought against Indue for sending the card to people who did not ask for or want one. Agreeing to take no action is not the same as saying that sending unsolicited cards to people is not a contravention of the law. The initial no-action letter applied to the first trial of the card and will not cover the ongoing and broader permanent program proposed in the bill. The designers of the flawed robodebt scheme, the Senate naturally passed the Bill.

Analysis of the cashless debit card , reveals card holders experience shame, anxiety and difficulties in making ends meet , with concerns of breaches of privacy have also been raised(www.theguardian.com/commentisfree/2020/dec/02/the-cashless-debit-card-could-be-another-robodebt-style-fiasco). Sadly Australia, has a long history of denial of human rights (https://dailyclout.io/letter-from-australia-australias-story-of-demolished-human-rights/) and it should not be a surprise, a Parliamentary Joint Committee on Human Rights review of the Social Services Legislation Amendment (Cashless Debit Card) Bill 2017, revealed the cashless debit card restricts three human rights: the right to social security; the right to a private life and the right to equality and non-discrimination. Across all cashless debit card program areas, the right to social security is limited only in the participant’s ability to use a proportion of their payment to purchase harmful goods, in an area where there are demonstrated high levels of community harm.