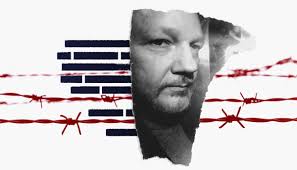 Julian Assange’s legal victory this week was bittersweet. In a stunning decision, British judge Vanessa Baraitser denied Donald Trump’s request for extradition of Assange to the United States, ruling that he was at high risk of suicide if he were extradited because the U.S. prison system could not protect him.

But at the same time, Baraitser spent most of her 132-page decision supporting the Trump administration’s case against Assange, which amounts to the criminalization of national security journalism.

So even as press freedom advocates celebrate that Assange has escaped facing charges under the U.S. Espionage Act — charges that carry 175 years in prison — they are also lamenting Baraitser’s acceptance of virtually all of the Trump administration’s attacks on investigative journalism.

Extradition Would Be “Oppressive” Due to Assange’s Mental Condition

The U.K. 2003 Extradition Act forbids extradition if “the physical or mental condition of the person is such that it would be unjust or oppressive to extradite him.”

If Assange is extradited to the United States, he would be incarcerated in a U.S. supermax prison and held in solitary confinement for 23 hours a day under onerous conditions, the judge found.

Baraitser relied heavily on the written testimony of Professor Michael Kopelman, emeritus professor of neuropsychiatry at Kings College London, who diagnosed Assange with recurrent depression and post-traumatic stress disorder. Baraitser cited Kopelman’s assertion, “I am as confident as a psychiatrist ever can be that, if extradition to the United States were to become imminent, Mr. Assange will find a way of suiciding.” She noted that other experts corroborated Kopelman’s predictions of suicide.

The judge wrote, “The detention conditions in which Mr. Assange is likely to be held are relevant to Mr. Assange’s risk of suicide.” She cited testimony by prison experts as well as mental health experts. If he were sent to the U.S., Assange would face incarceration under onerous special administrative measures leaving him in virtual isolation from all other human beings.

Thus, Baraitser found, “Faced with conditions of near total isolation and without the protective factors which moderate his risk at HMP Belmarsh [where Assange is currently imprisoned], I am satisfied that the procedures described by Dr. Leukefled will not prevent Mr. Assange from finding a way to commit suicide.”

“I am satisfied that the risk that Mr. Assange will commit suicide is a substantial one,” Baraitser concluded. “I find that the mental condition of Mr. Assange is such that it would be oppressive to extradite him to the United States of America.”

Baraitser’s decision is ultimately an indictment of the brutal U.S. prison system that wouldn’t be able to protect Assange if he were sent there.

But Baraitser had no problem with the U.S. government prosecuting Assange for practicing journalism.

This is the first time a journalist has been indicted under the Espionage Act for publishing truthful information. Journalists are allowed to publish material illegally obtained by a third person if it is a matter of public concern. The U.S. government has never prosecuted a journalist or newspaper for publishing classified information.

The indictment charges that Assange and WikiLeaks obtained and published classified material that Army intelligence analyst Chelsea Manning had provided to the organization. Many of the charges allege that Assange had “reason to believe that the information would be used to damage the interests of the U.S. or used to the advantage of a foreign nation.” The material that Assange and WikiLeaks published contained evidence of war crimes committed by the United States.

They published 400,000 field reports about the Iraq War, 15,000 unreported deaths of Iraqi civilians and evidence of the systematic murder, torture and rape by the Iraqi army and authorities that was ignored by U.S. forces.

They published 90,000 reports about the war in Afghanistan, including the Afghan War Logs, which recorded more civilian casualties by coalition forces than the U.S. military had reported.

And they published the Guantánamo Files — 779 secret reports about the U.S. government’s torture and abuse of 800 men and boys in violation of the Geneva Conventions and the Convention Against Torture and Other Cruel, Inhuman or Degrading Treatment or Punishment.

The most notorious release by WikiLeaks was the 2007 “Collateral Murder” video, in which a U.S. Army Apache helicopter gunship targeted and fired on unarmed civilians in Baghdad. At least 18 civilians were killed — including two Reuters reporters and a man who came to rescue the wounded — and two children were injured. An Army tank drove over one of the bodies, severing it in half. That video portrays the commission of three separate war crimes prohibited by the Geneva Conventions and the U.S. Army Field Manual.

Jameel Jaffer, executive director of the Knight First Amendment Institute at Columbia University, told Amy Goodman on Democracy Now! that, “the point of the prosecution [of Assange] is to criminalize national security journalism.” It goes to the heart of what journalists do, he said, “protecting confidential sources, communicating with them confidentially, cultivating sources, publishing classified secrets. These are the pillars of investigative journalism, of national security journalism in particular.”

Jaffer provided written testimony at Assange’s hearing. He noted that in 1973, Harold Edgar and Benno Schmidt Jr. called the Espionage Act a “loaded gun pointed at newspapers and reporters who publish foreign policy and defense secrets.”

If publication of national security secrets violated the Espionage Act, we wouldn’t know about U.S. government misconduct in the “war on terror.” In his interview with Goodman, Jaffer cited The Washington Post’s exposé of the CIA black sites, the torture and abuse of prisoners in Afghanistan and Iraq that The New Yorker and “60 Minutes II” disclosed, and the warrantless surveillance program revealed by The New York Times.

Noam Chomsky said at a January 4 webinar (in which I participated) that the Biden administration will now be spared the embarrassment of putting Assange on trial, but at the same time, the threat to press freedom has been strengthened by Baraitser’s ruling.

Chomsky noted that the government always invokes national security when it doesn’t want the people “to know what they’re doing in their name.” National security really means “the security of the state against its own citizens,” he said.

Four Blackwater mercenaries committed war crimes when they used machine guns and grenade launchers to kill or wound at least 31 Iraqi civilians in Baghdad in 2007. They were convicted and were serving long prison terms. In a move that fueled outrage throughout Iraq, Trump pardoned all four men. Contrast that with the 2007 Collateral Murder video, which contains evidence of U.S. war crimes, also in Baghdad. The helicopter crew was never prosecuted. Trump pardoned individuals who committed war crimes but indicted Assange who revealed them.

The U.S. government is appealing to the High Court to reverse Baraitser’s denial of extradition. If the U.S. loses there, it can appeal to Britain’s Supreme Court. The appellate process will take several months.

It is unlikely that Baraitser’s ruling will be reversed on appeal. She limited her decision to a narrow ground — Assange’s mental health — and accepted most of the U.S. government’s allegations.

On January 6, the defense will request that Assange be released on bond pending appeal.