Opinion: “After Trump Blocked UN Inquiry of Racist Violence, NGOs Are Conducting Their Own” 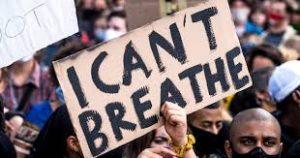 Shortly after the public lynching of George Floyd, the U.S. Human Rights Network and the ACLU organized an international coalition of more than 600 organizations and individuals to urge the United Nations Human Rights Council to convene a commission of inquiry to investigate systemic racism and police brutality in the United States. George Floyd’s brother, Philonise Floyd, addressed the Council by video, stating, “You in the United Nations are your brothers’ and sisters’ keepers in America.” He implored the UN, “I’m asking you to help us — Black people in America.”

However, the Trump administration lobbied heavily against this investigation, objecting to limiting the inquiry to the U.S. The Council subsequently declined a request by a group of African countries within the Council to establish the inquiry commission. “The outcome is a result of the pressure, the bullying that the United States did, assisted by many of its allies,” said Jamil Dakwar, the ACLU’s human rights program director.

But the Council did task the High Commissioner for Human Rights Michelle Bachelet with preparing a report by June 2021 on “systemic racism, violations of international human rights law against Africans and people of African descent by law enforcement agencies, especially those incidents that resulted in the death of George Floyd and other Africans and people of African descent, to contribute to accountability and redress for victims.” In Resolution 43/1, the Council did not limit the subject matter of the report to violations in the United States.

To assist in the preparation of Bachelet’s report, the Council called for input from several entities, including nongovernmental organizations.

The International Association of Democratic Lawyers, National Conference of Black Lawyers and National Lawyers Guild responded to that call by establishing their own International Commission of Inquiry on Systemic Racist Police Violence Against People of African Descent in the United States.

Rutgers University law professor emeritus Lennox Hinds, who conceived of the idea for the commission, told Truthout, “This International Commission of Inquiry is an attempt to give voice to the international outrage resulting from the public lynching of George Floyd and to expose the racist and systemic nature of police violence against people of African descent in the United States and to hold the U.S. government accountable before the international community.”

The commission will hear evidence in 50 cases of police violence that occurred throughout the United States from 2010-2020, including the killings of George Floyd, Michael Brown, Eric Garner, Breonna Taylor and Tamir Rice. Many resulted in the deaths of unarmed or nonthreatening African Americans.

Although the commission won’t have the money and resources a UN investigation would have commanded (were it not for Trump’s obstruction), the scope of this inquiry will go beyond the Council’s resolution by giving voice to the families of Black victims of police brutality.

Testimony of victims’ lawyers and family members, community representatives and acknowledged experts will occur in 25 cities via Zoom. The commissioners will prepare a report for submission to the UN high commissioner and the public by the end of March. They will be assisted in the hearings and preparation of their report by a team of four rapporteurs, including this writer. Students and faculty from Rutgers Law School will provide research support.

The commissioners will ask the UN high commissioner to use our report to inform her report to the Council. We will also publicize our report widely in the United States and throughout the world for people to use in litigation and advocacy.

This will be a thorough investigation of anti-Black violence perpetrated by police in the United States. It will examine: 1) Cases of victims of police violence, extrajudicial killings and maiming of people of African descent and entrenched structural racism in police practices throughout the U.S.; and 2) The structural racism and bias in the criminal “justice” system that results in the impunity of law enforcement officers for violations of U.S. and international law.

The commission will analyze whether several instances of police violence against African Americans violated international law. A 2020 study of the 20 largest cities in the United States found none whose lethal force policies complied with international human rights law and standards.

Finally, the commission will consider the lack of accountability for violations of human rights, and recommend effective measures to end impunity in the future.

During the hearings, the testimony will describe instances of police violence that deprived African Americans of the right to life, and the rights to be free from torture and discrimination.

“We want the [UN] high commissioner [Michelle Bachelet] to actually use this report,” said Kerry McLean, a member of the steering committee that is establishing the commission. “She’s not doing hearings, so we’re doing hearings.”

The hearings will be accessible to the public. The report and findings of the commission will be published in English.