Opinion: “A Great Moment For Science” 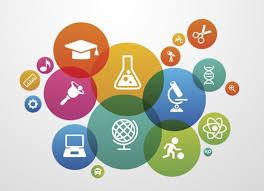 For the first time in history, a scientist now sits on the Cabinet of the United States. The move by the Biden administration to elevate the US Office of Science and Technology Policy to a Cabinet-level agency and to welcome its head of office, the Presidential Science Advisor, to the Cabinet table, signals an important shift — science will once more play a prominent role within the highest circles of government.

This is a bold step in the right direction by the new administration. For the past 40 years, the role of science in creating government policy has steadily declined from its early heights during the Cold War years. The Presidential Science Advisor role was first established in 1941, at the very beginning of US involvement in the Second World War. Following the end of the war, as the tense standoff between the US and the Soviet Union ramped up, science reigned supreme. A leading edge in science and technology was considered a matter of life or death and of paramount importance to the nation’s survival. We were driven by science to create better weapons, faster missiles, and superior defenses — even to explore the outer reaches of space. The Science Advisor and the Science Advisory Committee (later renamed the Office of Science and Technology Policy) provided direct advice to the President, on issues as wide ranging as the economy, national security, and the design of the US census.

Somewhere in the mid-1970s, science’s position of prominence began to decline. Part of this is no doubt due to complacency. We had won the war, proven ourselves to be leaders in science and technology, and held a strong belief that our scientific supremacy was enough to keep all threats — whether from man or nature — at bay. But ideological shifts were at play as well and could be seen in shifting public attitudes on global warming, sexuality, and even the origins of humankind. Over time, the role of science lost its standing. The Presidential Science Advisor position was briefly terminated in 1973. When it returned as a formal position in 1976, it had lost much of its influence.

With President Biden’s elevation of the Science Advisor role to a Cabinet level position, the new administration is once again giving science a critical voice at center stage. The appointee, Eric Lander, does not come without controversy but he does come with strong scientific credentials. Lander is the president and founding director of the Broad Institute, which represents some of the smartest minds of both Harvard University and the Massachusetts Institute of Technology. He has a background in both the corporate world and governance, having served as co-chair of the President’s Council of Advisors on Science and Technology for eight years under former President Barack Obama. His appointment ensures a dispassionate voice at the table, bringing scientific analysis to the most important geopolitical, economic, and social decisions the government makes today.

If I were forced to find fault in the new administration’s approach, it would only be in not going one step further and establishing a National Disease Council equivalent to the National Security Council or the Council of Economic Advisors. In a piece for the Atlantic, General John Allen, president of the Brookings Institution and former commander of the NATO International Security Assistance Force, and I called for the creation of this new entity to coordinate efforts to prepare for and defend ourselves against natural or man-made biological threats. The Council should support Science Advisor and new Cabinet member in his new position, providing high level input on policy across the whole spectrum of government.

If there is one thing that 2020 has taught us, it is that science has a place in public life. It is vital to our nation’s security. It is vital to our ability to manage internal and external threats. And it will be the driving force behind solutions to some of our greatest challenges, like climate change, bioterrorism, and pandemics like the one we face today. President Biden’s endorsement of the importance of science in the highest councils of the US government sends a positive message of the importance of science, especially to younger generations today. When I was young, Presidents Eisenhower, Kennedy and Johnson set a similar example. It is in large part due to them that I pursued a life of science. I hope President Biden’s actions inspire a new generation of young scientists — students who are today in elementary, secondary, and higher education — to enter careers in science and technology and help our country meet all the challenges that tomorrow may bring.