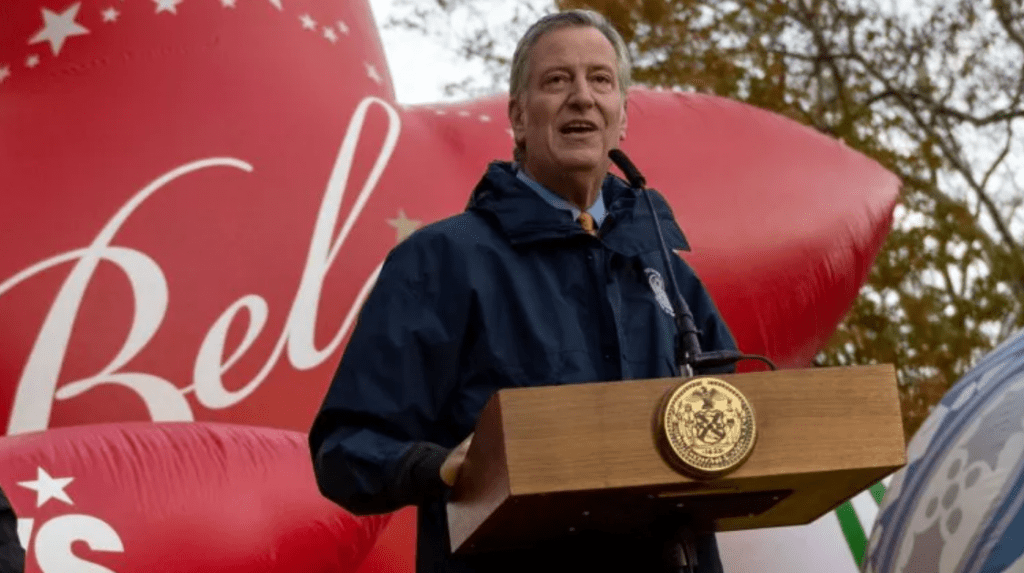 Mayor Bill de Blasio‘s COVID-19 vaccine mandate for New York City employees, including the NYPD, has been blocked by a Manhattan court.

On Tuesday, Judge Frank P. Nervo in the Supreme Court of New York gave notice that the mandate was suspended, pending a hearing scheduled for December 14.

Patricia Finn, an attorney who describes herself on Twitter as “The Good Health Lawyer New Yotk (sic),” launched the legal challenge against the mayor’s mandate. She regularly espouses anti-vaccination views on her social media accounts.

In one Facebook post, Finn wrote: “Please DO NOT support lockdowns for the unvaccinated. It garners support for lockdowns and punishment for whoever these bureaucrats deem ‘dangerous’.”

On October 20, de Blasio imposed the order that required all city employees to have at least their first shot by October 29, or face being suspended without pay. It affected roughly 160,000 employees and was met with much opposition. Police and firefighter union leaders warned that the rule would lead to staff shortages.

Spread the love
Spread the love
Previous StoryMaryland School Board Approves Regulation That Allows Schools to Drop Mask Mandates
Next Story[PAPER] “Sweden and Germany: No Deaths In Children Due to Covid”