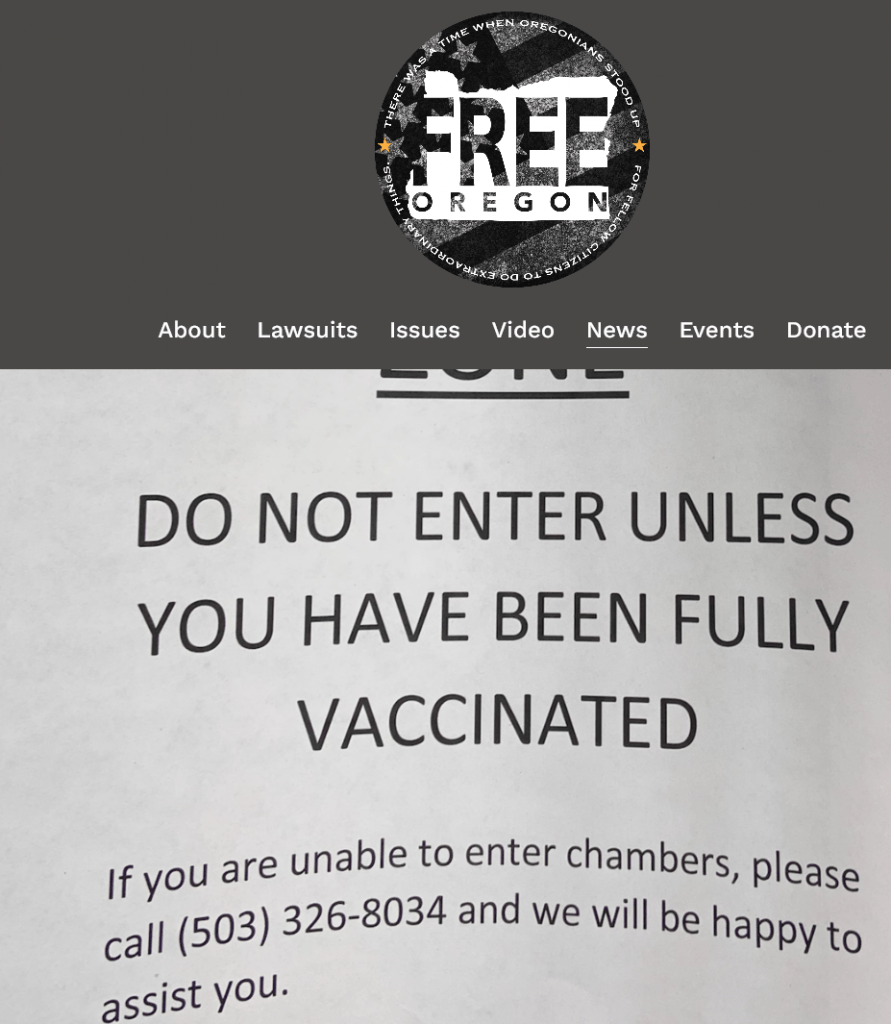 Shocking development in the Johnson v. Brown (the Nuremberg case) in the United States Federal Court.

The judge assigned to the case, Judge Michael H. Simon, has had a sign taped to the door of his courtroom for some time that reads, “DO NOT ENTER UNLESS YOU HAVE BEEN FULLY VACCINATED.” The sign was removed before the temporary restraining order (TRO) hearing last Friday. (Attached is a photo of the sign.)

Federal Judges are appointed for life. Judge Simon is also married to Federal Congresswoman Susan Bonamici, a Democrat who represents the 1st Congressional District of Oregon.

Read about the case and filings here.