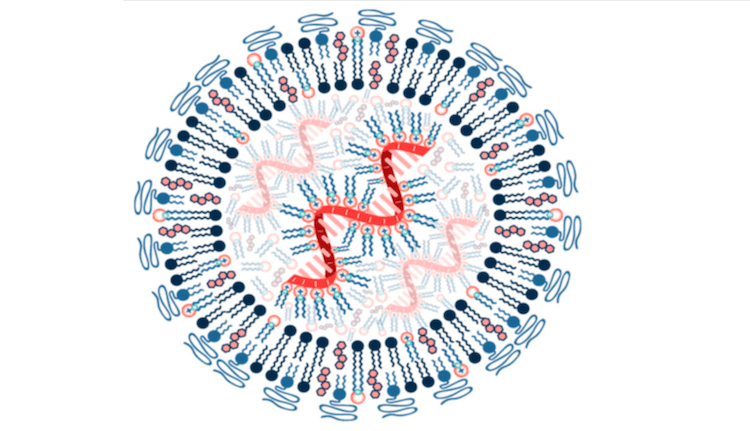 Based on the fact that the development of vaccines aimed at preventing infectious diseases does not require evaluation of systemic exposure. (WHO, 2005; Non-clinical study guidelines for infectious disease preventive vaccines) 1 , 2 , BNT162b2 Encapsulated LNP muscle No internal PK study was performed. In addition, two other types of lipids (choleste) contained in this drug Rolls and DSPCs) are naturally occurring lipids that are thought to be metabolized and excreted in the same way as endogenous lipids. available. In addition, BNT162b2 is degraded by ribonucleases in the cells that have taken it up, resulting in nucleic acid charges. Apologize, the S protein from BNT162b2 is expected to undergo proteolysis. From the above, It was considered unnecessary to evaluate the metabolism and excretion of these components again.

LNP (Luciferase) encapsulating RNA encoding luciferase as an alternative reporter for BNT162b2 Lase RNA is encapsulated in an LNP having the same lipid composition as the BNT162b2-encapsulated LNP: In a PK study in which ZeRNA-encapsulated LNP “) was intravenously administered to Wistar Han rats, plasma, urine, feces and Liver samples were collected over time and the concentrations of ALC-0315 and ALC-0159 in each sample were measured. The conclusion As a result, ALC-0315 and ALC-0159 were shown to be rapidly distributed from the blood to the liver. Also, About 1% and about 50% of the doses of ALC-0315 and ALC-0159 are excreted in feces as unchanged drug, respectively. All of them were below the detection limit in urine.

Metabolism of ALC-0315 and ALC-0159 in CD-1 / ICR mice, Wistar Han or Sprague Dawley rats, In vitro using cynomolgus monkey or human blood, liver microsomes, liver S9 fraction and hepatocytes evaluated. In addition, plasma, urine, feces and liver samples collected in the above rat intravenous administration PK test were used. We also examined in vivo metabolism. From these in vitro and in vivo studies, ALC-0315 and ALC-0159 was added to ester and amide bonds in all animal species tested.

The solution showed that it was slowly metabolized.

From the above nonclinical pharmacokinetic evaluation, it was shown that LNP that reached the circulating blood is distributed in the liver. In addition, metabolism and fecal excretion may be involved in the disappearance of ALC-0315 and ALC-0159, respectively. It was suggested.