“I Used to Model”: Former Model Shines a Light on the Dark Side of “Perfection”

“I Used to Model”: Former Model Shines a Light on the Dark Side of “Perfection”

A seemingly ironic confession coming from a self-described feminist blogger, but in reality a theme that has dominated nearly every major event in my life – I have never been able to escape caring about the way I look – and the older I get, the more convinced I am that the ability to be indifferent to one’s own appearance while being female is just as much of a myth as the beauty myth¹ itself.

You see, twenty-eight was a very interesting age for me because it was the age I finally gave up on trying to “not care” about the way I looked and started trying to figure out why the f*** I cared so much instead.  I was deeply, deeply frustrated.  It was the year my smile lines became friends with bad lighting, forgetting my ID became a nonissue and my forehead decided it would no longer immediately rebound after applying mascara.  I felt like I was starting to look old, and as a proud feminist who ‘supposedly’ knew better, I was both embarrassed and ashamed I allowed these things to make me feel ugly.  How can I know so much about myself, be so surrounded by love and so passionate about feminism – and still feel bad about something as natural as looking older?  Why is it so hard to remove myself from my appearance?  So I started to pay more attention, and here’s what I noticed:

Women are not the reason why women care so much about the way they look.

First, it’s fairly obvious that the body positivity movement has made self-acceptance popular opinion, which has (arguably) made things at least a little bit better.  We all know we shouldn’t judge ourselves based upon physical appearance, that beauty is subjective and that our looks reveal very little about who we are as people.  But I also noticed that no matter how often we receive reassurance from our friends, family, lovers, and favorite activists that this is the case, we are still relentlessly bombarded with subtle reminders in our culture that it’s still a good thing for a woman to be beautiful, and therefore, we should still care about the way we look.  For example, I used to model in my early twenties:

First I want to make something clear: I’m proud of my modeling, I loved modeling and not a single part of me regrets any of my modeling (not even now!) because overall, my modeling experience was my own and helped me become who I am today.  I got to meet a lot of creative people, collaborate on some really cool projects, take a lot of cool pictures and just overall got to do a lot of interesting things I wouldn’t have otherwise gotten to do.  Realistically, I’d describe the success I had with modeling as “a few notches above average”, nevertheless, it was a time where it was normal to be introduced as “the model” at social events, frequently followed up by questions about my modeling, and sometimes even distant family members or former not-so-close friends would make a point to reach out to inquire about it too.  I’d like to note that at the time I never found any of those things unusual because, *at the time*, modeling was by far the most interesting thing about me!  Unfortunately though, it still kind of is – and that’s the point.

Half a decade, a handful of big girl jobs, two Master’s degrees and one major career overhaul later: the most interesting thing about me has FINALLY graduated beyond “she’s a model” to reflect some of my more recent accomplishments such as …being a former model.  That’s right!  With the exception of being my boyfriend’s girlfriend, a handful of glamour shots continue to outshine nearly all other facets of my life as a topic of interest when interacting with people, whether it’s a casual “Hey, she used to model” offered during an awkward too-long pause in a group conversation, or a “Hey, didn’t you used to model?” in response to learning about my current career ambitions, or the guy who bypasses me completely to shake my boyfriend’s hand and say, “Congrats man, you’re dating a model!” as some strange form of acknowledgement for the breathing fleshy object my boyfriend has chosen as his female, as well as his *respectable* man-to-man approval.

But this constant focus on my (very) brief modeling career I abandoned half a decade ago is one of several ways society communicates to me that the way a woman looks is still, at least culturally, very much relevant to her worth.  It’s the thousands upon thousands of workwear style inspiration blogs and advice columns targeted at women, vs the virtual nothing targeted at men.  It’s a mother’s instinctual “what are you going to wear?!” response upon learning her daughter just landed an important job interview, vs the near-zero concern they share for their sons.  It’s when women’s rights activists spend decades advocating for women in STEM, but young girls don’t hear the message until a supermodel champions the same cause.  It’s the cool new brand that tells you “Women can do ANYTHING men can do!” that also bombards you with ads for organic avocado-based wrinkle cream on your 29th birthday.

**NOTE:  If you’re the type that needs more explicit evidence that this is a real “thing” (I.E. I’m not just extremely insecure), please see these not-at-all-shocking results from Pew Research’s July 2018 study, “How Americans Describe What Society Values (And Doesn’t) In Each Gender”

I grew up during a time where “things” just happened to pretty women.  I loved Disney princesses and I loved Barbie dolls.  I remember going to visit my great grandmother’s house as a kid and STARING at this beautifully framed photo of her 18-year old self which she had on proud display in the center of her living room.  I remember asking her over and over and over about the picture, double (TRIPLE!) checking it was actually her (she was OLD!), and thinking to myself, Wow! I better take some beautiful pictures like that when I’m 18 so I’ll have proof for my great grandkids that I wasn’t always old and wrinkly too!

Then a fantasy, now my nightmare – and as I write these words at 29 years old, having accomplished my childhood dream of having beautiful photos of myself to display to my future grandkids, but now much more aware of the many many other amazing things I am capable of (aside from “looking pretty”) – I wonder, how different my life would be at this very moment, had I not spent so much time trying to figure out how to be beautiful so early on?  And how many young girls today will also wonder “how will I be pretty?” before they will wonder who they are?

If you’ve ever wondered why it’s so hard to not give a sh*t about your appearance, you are not crazy nor vain, you are experiencing a perfectly logical reaction to a beauty-obsessed culture.

In my personal experience, I’ve found it’s very difficult to not compare yourself to your 20-year old physical self (or literally any other 20-year old’s past or present self) when that’s what the rest of the world seems to be hung up on.  Moreover, the duality of knowing who I am independent from my appearance but also existing in a world that can’t yet seem to separate the two often makes staying true to myself feel like an awful, ironic contradiction.  It feels really weird to write “I am a feminist” and “I can’t stop caring about the way I look” in the same blog post.  And it’s personally extremely annoying that I felt I should title this piece “I used to model” because the prospect of old modeling photos would most definitely generate more public interest than the more honest title, “I found a permanent wrinkle on my face while watching ‘Bachelor In Paradise’ and now I have a lot of feelings”.  But such is the modern day curse of being female…

The curse of being female?

Ahh the curse of being female!  Spend a large portion of your life trying to be beautiful and then an even larger portion trying to figure out how to not care so much, and when it turns out the act of “not caring” proves more difficult (**cough** IMPOSSIBLE **cough**) than you anticipated – like a flat chest or a flabby tummy – you internalize this perceived failure as a personal flaw, something about yourself to be ashamed of but something you can also “work on”, exactly as the static, beauty-obsessed culture you can’t ever escape from has conditioned you to do.

…At least, until we all stop telling ourselves that we are the problem.  😉 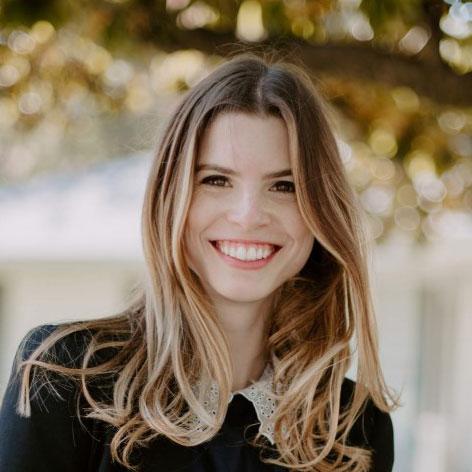 Lindsey Lee is an aging 29-year old reflecting on her life journey from fashion model to former fashion model, with a couple of advanced degrees and other not very interesting accomplishments in between. Find her on Twitter at @MsYoungProfess.