How Overconsumption of Our Planet’s Finite Resources Worsens Pandemics

By Dennis Meadows, co-author of Limits to Growth:The 30-Year Update. It has been adapted for the web

Forty-eight years ago I led an 18-month study at MIT on the causes and consequences of growth in population and material production on the planet earth through the year 2100. “If the present growth trends … continue unchanged” we concluded, “the limits to growth on this planet will be reached sometime within the next one hundred years.”

To illustrate this conclusion, we published a set of 13 scenarios generated by World3, the computer model built by my team. In those scenarios major global indices, such as industrial output per capita, typically stopped growing and began to decline between 2015 and 2050.

The current epidemic does not prove we were right. 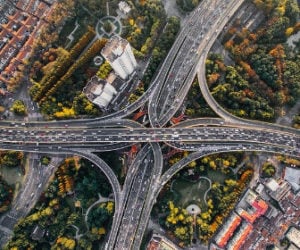 When climate scientists are asked if a particular storm proves their theory of climate change, they point out that a model of long-term continuous change can not predict, nor be corroborated by a short-term discrete event. There have always been catastrophic storms. But, the climatologists  point out, increasingly frequent and violent storms are consistent with the climate change thesis.

World3 is a model of continuous interactions between population, resources, and capital over the long term.  In the context of 200 years, the COVID-19 pandemic is a short-term, discrete event. There have always been plagues, but increasingly frequent and violent epidemics are consistent with the limits to growth thesis.

There are two main causative links.

First, the explosive growth of humanity’s population and economy has stressed natural ecosystems, lowering their capacity to self-regulate, and making breakdowns such as epidemics more likely. In the recent past global society has been confronted with MERS, Ebola, Zika, SARS, and H1N1 plus major outbreaks of measles and cholera. And now we have COVID-19.

Second, growth in consumption has forced us to use resources more efficiently. Efficiency is the ratio between the output we want and the inputs required to produce it. Common measures of efficiency are, for example, miles per gallon, years of expected lifespan per dollar of health care, or bushels of wheat per gallon of water. Raising the efficiency of a system permits one to use fewer inputs per unit of output. In itself, higher efficiency is typically good. However, raising efficiency inescapably lowers resilience.

Resilience is the capacity to experience an interruption in the supply of a required input without suffering a serious, permanent decline in the desired output. 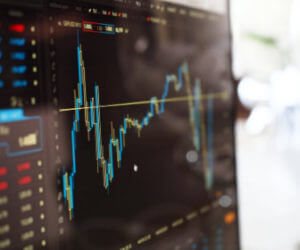 Humanity lives on a finite planet that started with a fixed amount of each resource input. To support population and economic growth, consumption of the planet’s finite resources has increased. As a result, the resources have been continuously depleted and deteriorated. The fertility of agricultural land, the concentration of mineral ores, the quality of surface waters, and the populations of marine fish are among thousands of indicators that show the long-term average quality of resources is declining.

Producing ever greater output from ever diminishing inputs has forced production to become more and more efficient. However, even enormous technological advance has not altered the fact that consumption deteriorates resources. It has merely reduced the rate of deterioration by reducing the rate at which we use resources to produce each unit of what we want.

The tradeoff between efficiency and resilience is confronted by every sector of society.

Car companies have shifted to just-in-time manufacturing. That reduces the cost per car of maintaining inventories but forces entire car factories to shut down when the single, highly-efficient factory producing a part they continuously need is interrupted. Agricultural production has shifted to large mono crop plantations for food, timber, and fiber. That reduces the cost of labor and capital per ton of output but increases crops’ susceptibility to a single pest or a disruption in normal weather patterns.

The incentive to raise efficiency has been spurred by the fact that those who can produce and sell the same output with less input generally make greater profits. As a result, over the past century, there has been wholesale abandonment of resilient systems in favor of efficient systems – larger scale, less diversity, lower redundancy.

The profit motive has been a major force shaping America’s health care system. There has been a relentless effort reduce personnel levels, eliminate “unnecessary” stocks of supplies, and shift drug production overseas —all to reduce costs i.e., make the system more efficient.

Many have profited by optimizing the health system to be extremely efficient in its use of inputs. Now we all are paying the costs for the resultant loss of resilience. COVID-19 has shown how quickly interrupting some inputs, such as masks, can cause drastic declines in essential outputs, such as the quality of health care.

Slowing growth in population and in consumption of materials and energy will not eliminate the problem. But it would reduce the pressure to increase efficiency and leave more possibility for increasing resilience.

Spread the love
Spread the love
Previous StoryHate Gun Violence, Live in CT? Calls to Action from CT Against Gun Violence to Pass “Red Flag” Gun Laws in Your State
Next StoryDeveloping These Skills of Resiliency Will Help Prepare You for Anything