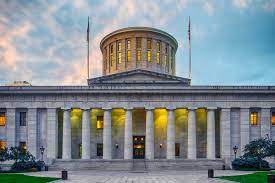 “As the number of people across the country receiving COVID-19 vaccinations increases, so does national talk of “vaccine passports.”

With nearly the same speed, two Ohio lawmakers have introduced legislation to prohibit the passports in Ohio.

Reps. Mike Loychik, R-Bazetta, and Al Cutrona, R-Canfield, became the first to sponsor the bill that would head off attempts of what essentially would be government-required vaccines.”