“FIVE FREEDOMS” – CITIZENS VOICES: A WARNING ABOUT A WUHAN-STYLE LAB IN KANSAS 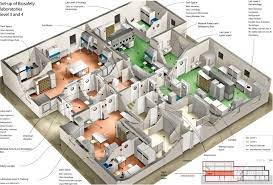 It has come to my attention that the CDC is looking to re-locate their Biosafety Level 4 (BSL-4) Laboratory from Plum Island in Long Island Sound to Manhattan, Kansas.  A BSL-4 lab deals with viruses and pathogens which affect both animals and humans and for which there is no vaccine or antidote. In other words, the stuff that pandemic nightmares are made of. In other words, what the world has gone thru in the last year after a virus escaped from a level 4 type lab in Wuhan, China.  After all we have been through, what possible rationale could government bureaucrats have for relocating such a deadly laboratory from an island in the middle of the water where there is some limited protection to a land-locked location smack dab in the middle of the US livestock and grain industry in Kansas?

It doesn’t take much of an imagination to envision what could happen here.  Kansas is known for its tornadoes and severe weather. What if a tornado obliterated this Wuhan level lab spraying its lethal contents for hundreds of miles in every direction, winds carrying deadly pathogens over cities, crops, and livestock? What if a violent storm flooded the area pouring diseases for which there are no cure into our ground water and river systems?  What if an earthquake ripped thru the region? After all Kansas is very close to the New Madrid fault line, the site of the violent 1812 earthquake that tore thru the heartland of our growing country.  There is also the threat of internal sabotage from a disgruntled employee such as happened in the early 2000’s with the anthrax scare.  Placing the lab in an isolated area will at least allow for some mitigation.  With all of these obvious potential dangers it seems irresponsible to place such a dangerous lab in the geographic center of the United States. . It is ignorance in a best case scenario and willful negligence at worst.

I am sure there are large amounts of tax payer funded money changing hands to facilitate this endeavor. The endemic corruption of our current political model is undoubtedly a factor. As responsible citizens we must see where our representatives stand on important issues such as these and make our voices heard and vote out those who do not have the best interests of the people they purport to represent at heart.  While I do not live in Kansas, I live close by in Illinois and a Wuhan like escape of pathogenic material would decimate all life for hundreds of miles in every direction for many years. The livestock and grain industries would be destroyed as would population centers such as Topeka and Wichita and countless other small towns. Why not build a laboratory on an existing island or build an oil rig type facility in the middle of the water where these dangerous pathogens can be dealt with more safely?  Our very survival as a nation may depend on people standing up and saying no to this insanity. We’ve already seen what happens when accidents occur at these Wuhan-type labs and make no mistake, they will occur, so let’s learn from history and not repeat them. Let’s not place a BSL-4 level lab in the heartland of the United States.

Spread the love
Spread the love
Previous Story“FIVE FREEDOMS” – NEWS FEED: ICELANDIC COURT RULES AGAINST FORCED QUARANTINE
Next StoryOPINION: “MOM IS FACED WITH POLICE INTIMIDATION IN FL WHEN SHE LAWFULLY REMOVES HER CHILD’S MASK IN SCHOOL”