Although I attended the City’s workshop on its Smart City plan in March, 2021 and I raised during that workshop and in several emails before it the issue of thousands of new radiation transmitting antennas all over the city as part of the new Smart City plan, staff concealed the issue from the Council and the public by omitting it from the staff report. There is no mention of either the thousands of new radiation transmitting antennas coming with this smart city plan or the EMF health effects. 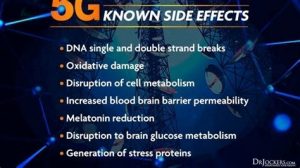 I raised the issue again during public comments on the item in the January 12 City Council meeting. The Council’s response showed that they did not pay attention to the dozens of times our grassroots campaign, and I in particular, wrote to them and spoke to them during Council meetings in 2018 and 2019 about scientific research on EMF health effects. That was the subject of nearly every email and public comment I made to them. The Council remains in denial; oblivious to the facts and the truth.

My recent newsletter asked for volunteers – from any city – to attend the City Council’s next meeting, which will be at 6:00 p.m. (scheduled) on Wednesday, January 26, and read a prepared script about the scientific research on EMF health effects. And at meetings in February and March. The Council’s meetings are virtual!  You will not have to travel to Elk Grove. The Council uses zoom. Will you join me? I could really use some assistance. We will each get three minutes.

This video will show the statements of the 3 Council Members who responded to my comments about thousands of new radiation transmitting antennas and EMF radiation and health effects.

Council Member Pat Hume said what he believes / knows about EMF health effects. That’s up to 1:30 in this video. The rest of the video shows all 3 Council Members’ statements on this.

Council Member Pat Hume said: “. . . I believe wholeheartedly that they have an affliction that, um, is caused by something that we don’t know about. But I don’t believe that most of us share that affliction and I don’t believe that the amount of radiation being put forth from small cell antennas, given that it’s less than the microwave or the remote control which we use in our house for every day, um, is enough to be of concern.”

I showed them, dozens of times, scientific research and statements by groups of scientists such as the International EMF Scientist Appeal on EMF Health Effects. They completely disregarded everything I showed them and told them about. If they read or listened, they did not do so with an open mind.

Children’s Health Defense (CHD) won its historic case (on August 13, 2021) against the Federal Communications Commission (FCC), a case challenging the agency’s decision not to review its 1996 health and safety guidelines regarding wireless-based technologies including 5G. The U.S. Court of Appeals for the DC Circuit ruled that the FCC failed to consider the non-cancer evidence regarding adverse health effects of wireless technology when it decided that its 1996 radio-frequency emission guidelines protect the public’s health. 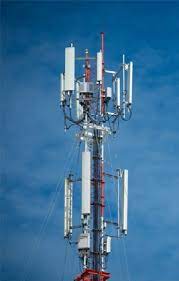 “. . . the studies in the record to which Petitioners point do challenge a fundamental premise of the Commission’s decision to terminate its notice of inquiry— namely, the premise that exposure to RF radiation at levels below the Commission’s current limits does not cause negative health effects. But the Commission said nothing at all in its order about any specific health effects unrelated to cancer.” (page 18) 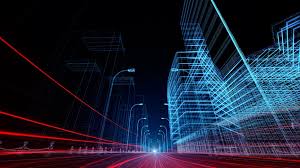 Advertisers know that repetition is key to getting your message across. It is time to present a concentrated and lengthy statement of the scientific research on EMF health effects.

Will you participate in this?  Email me to volunteer
Mark@keepcellantennasaway.org