Dr. Naomi Wolf has assembled an army of warriors to study the information that Pfizer and the FDA have seemed dead set against us learning about.

Thanks to a court order, the Pfizer documents are being released to the public in monthly batches, revealing to the public information that belonged to us all along. The findings are vast, and it’s becoming increasingly clear why Pfizer + The FDA had no intention of letting us see these documents in our lifetimes.

The April batch came out earlier this week, and Mr. Stevan Looney, a civil trial and appellate attorney of the DailyClout team, has made a pretty shocking discovery. There was one document that was released on Nov 17, 2021 (Dated Feb 28, 2021) with 2 pieces of redacted information. That document showed up as “re-issued” in the April 1 release, with those 2 missing facts now unredacted: 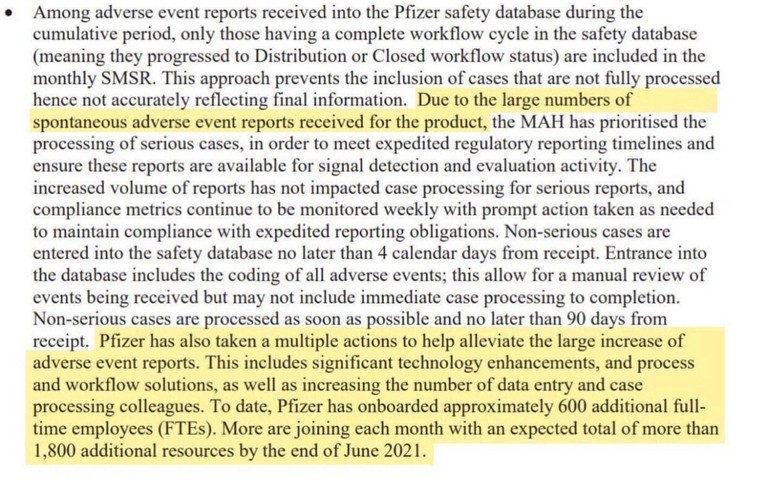