DATA ACCURACY PROJECT: This Week In COVID Special Edition – V IS FOR VICTORY!!! 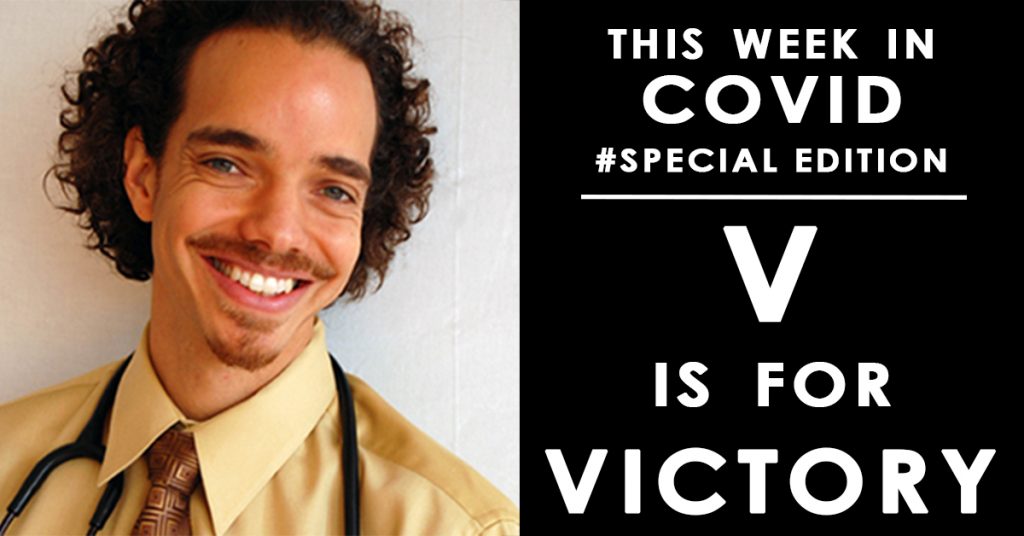 This Week In COVID Special Edition – V IS FOR VICTORY!!!

V IS FOR VICTORY!

“The public interest is also served by maintaining our constitutional structure and maintaining
the liberty of individuals to make intensely personal decisions according to their own
convictions-even, or perhaps particularly, when those decisions frustrate government
officials.”

– Page 20, Case No. 21-60845, The Honorable Kurt D. Engelhardt
One of my favorite movies of all time is True Grit. In the movie heroine, Mattie Ross, has an
enlightening conversation with her observant captor, Lucky Ned Pepper, as she attempts to talk
him into a peaceful surrender.

Mattie tells her captor that if he lets her go, she’ll instruct her attorney to defend him in court.
To which Lucky Ned replies, “I don’t need a good lawyer. I need a good judge.”
Truer words have never been spoken and yesterday we all found that a good judge (plus two
more) is a major victory for health freedom, individual liberty and our Constitution.
Yesterday, November 12, 2021, three justices for the 5th Circuit US Court of Appeals voted
unanimously to uphold the stay against Joseph Biden’s unprecedented and unconstitutional
workplace mandates for the experimental inoculations still in clinical trial.
In doing so, and particularly well-reasoned in the court’s thoroughly cited opinion, the
Honorable Kurt D. Engelhardt dealt a major and potentially fatal blow to the would-be leader of
the free world and his thin patience for Americans who believe we have a right to decline and
not be threatened with job loss or social segregation for a virus with a 99.6%
recovery rate in people under 65 years of age according to the CDC.
The nerve of us “disinformationists” to believe in freedom of choice!

Apparently, the three justices are aware of some of the safety data for these experimental
inoculations and their involvement in well over 18,000 deaths, more than 5,700 deaths in less
than 48 hours, and at least 875,000 reported injuries according to the CDC.
Apparently, they understand the law and common sense as well.
Here are select quotes from the opinion entered by the Honorable Kurt D. Engelhardt, an
American who proves that there are still good people in positions of authority in our great
nation:
“The Mandate is staggeringly overbroad. Applying to 2 out of 3 private-sector employees
in America, in workplaces as diverse as the country itself, the Mandate fails to consider
what is perhaps the most salient fact of all: the ongoing threat of COVID-19 is more
dangerous to some employees than to other employees. All else equal, a 28 year-old
trucker spending the bulk of his workday in the solitude of his cab is simply less
vulnerable to COVID-19 than a 62 year-old prison janitor. Likewise, a naturally immune
unvaccinated worker is presumably at less risk than an unvaccinated worker who has
never had the virus. The list goes on, but one constant remains – the Mandate fails
almost completely to address, or even respond to, much of this reality and common
sense.” – Page 13
A good judge that understands natural immunity, situational context, and relies on common
sense…what a novel concept. Way to go Judge Engelhardt!

“We begin by stating the obvious. The Occupational Safety and Health Act, which
created OSHA, was enacted by Congress to assure Americans “safe and healthful
working conditions and to preserve our human resources”; See 29 U.S.C. § 651
(statement of findings and declaration of purpose and policy). It was not-and
likely could not be, under the Commerce Clause and non-delegation doctrine-
intended to authorize a workplace safety administration in the deep recesses
of the federal bureaucracy to make sweeping pronouncements on matters of public
health affecting every member of society in the profoundest of ways. Cf. Ala. Ass’n of
Realtors v. HHS, 141 S. Ct. 2485, 2488-90 (2021) (per curiam).

On the dubious assumption that the Mandate does pass constitutional muster-which
we need not decide today – it is nonetheless fatally flawed on its own terms. Indeed,
the Mandate’s strained prescriptions combine to make it the rare government
pronouncement that is both overinclusive (applying to employers and employees in
virtually all industries and workplaces in America, with little attempt to account for the
obvious differences between the risks facing, say, a security guard on a lonely night shift,
and a meatpacker working shoulder to shoulder in a cramped warehouse) and
underinclusive (purporting to save employees with 99 or more coworkers from a ‘grave
danger’ in the workplace, while making no attempt to shield employees with 98 or fewer
coworkers from the very same threat). The Mandate’s stated impetus – a purported
’emergency’ that the entire globe has now endured for nearly two years, and which
OSHA itself spent nearly two months responding to – is unavailing as well. And its
promulgation grossly exceeds OSHA’s statutory authority.” – Page 6

“But the Mandate at issue here is anything but a ‘delicate[] exercise[]’ of this ‘extraordinary power’ Cf. Pub. Citizen, 702 F.2d at 1155. Quite the opposite, rather
than a delicately handled scalpel, the Mandate is a one-size fits-all sledgehammer that
makes hardly any attempt to account for differences in workplaces (and workers) that
have more than a little bearing on workers’ varying degrees of susceptibility to the
supposedly ‘grave danger’ the Mandate purports to address.” – Page 8

“Letter from Loren Sweatt, Principal Deputy Assistant Sec’y, OSHA, to Richard L. Trumka,
President, AFL-CIO at 3 (May 29, 2020) [hereinafter Sweatt Letter] (acknowledging as a
general matter that it ‘would not be necessary for OSHA to issue an ETS to protect
workers from infectious diseases’ because ‘OSHA lacks evidence to conclude that all
infectious diseases to which employees may be exposed at a workplace constitute a
grave danger for which an ETS is an appropriate remedy’). Because it is generally
‘arbitrary or capricious’ to ‘depart from a prior policy sub silentio’, agencies must
typically provide a ‘detailed explanation’ for contradicting a prior policy, particularly
when the ‘prior policy has engendered serious reliance interests’ FCC v. Fox, 556 U.S. at
515. OSHA’s reversal here strains credulity, as does its pretextual basis. Such
shortcomings are all hallmarks of unlawful agency actions.” – Page 13

Such shortcomings are hallmarks of unlawful agency actions as noted by the Honorable Kurt D.
Engelhardt. Essentially, Joseph Biden attempted to use an emergency provision called an
Emergency Temporary Standard (ETS) to transform OSHA into the new Gestapo (Secret State
Police). The ETS is something OSHA has attempted to use only 10 times in the last 50 years. Six
were challenged in court and only one survived judicial review, and never in an attempt to
mandate so-called vaccines.
Essentially, the Biden Administration had no Constitutional authority to mandate this human
experiment upon the American people, so his administration attempted to break the law and
outsource it to OHSA and employers to do so. Our government breaking the law sound
familiar?
If so, that’s because people within the CDC, FDA, HHS, NVSS, NIAID, OSHA, and far too many
elected and appointed officials have been unlawful in their actions from the very beginning
when they declared without evidence, that the origins of the SARS-COV-2 virus were zoonotic.
The deception only grew into clear fraud when the CDC changed how death certificates were
recorded, but only for COVID and without informing the Federal Register of this proposed
change as they are required to do by the Administrative Procedures Act (APA), Paperwork
Reduction Act (PRA), and Information Quality Act (IQA).
Here’s what the Honorable Kurt D. Engelhardt had to say about the Federal Register.
“The statute empowering OSHA allows OSHA to bypass typical notice-and-comment
proceedings for six months by providing ‘for an emergency temporary standard to take
immediate effect upon publication in the Federal Register’ if it ‘determines (A) that
employees are exposed to grave danger from exposure to substances or agents
determined to be toxic or physically harmful or from new hazards, and (B) that such
emergency standard is necessary to protect employees from such danger’ 29 U.S.C. §
655(c)(l).” – Page 8

Why is this so important?
It’s important because even in an emergency situation, federal agencies are required to report
any changes, particularly for data collection and analysis, to the Federal Register in order to
initiate federal oversight and agency transparency, even if they attempt to bypass public
comment using emergency provisions to do so.

Why is this important?
It’s important because neither the CDC, FDA, nor HHS filed the March 24, 2020 COVID Alert
No. 2 or the April 14, 2020 adoption of the CSTE position paper with the Federal Register and
we have over 67 pages of screen shots to prove it. It appears that a coordinated effort occurred between individuals within three of these agencies, resulting in the unilateral enactment of rule changes without federal oversight or public comment. Review shows that at least, three major federal laws might have been violated in the process of adopting these new guidelines for COVID-19.
These facts are the subject of our ongoing Grand Jury Petition currently being reviewed by the
Department of Justice. You can educate yourself and join the more than 100,000 Americans
that have signed the Grand Jury Petition and help us apply peaceful pressure to ensure that
justice is served to those that deserve it.

Let’s conclude with a few remaining quotes from the Honorable Kurt D. Engelhardt’s post-ruling
opinion. Judge Engelhardt did such a thorough job of citing law and case precedents to
substantiate this ruling and pave the way for the Supreme Court to uphold the ruling as well.
“It lastly bears noting that the Mandate raises serious constitutional concerns……the Mandate likely exceeds the federal government’s authority under the Commerce
Clause because it regulates non-economic inactivity that falls squarely within the States’
police power. A person’s choice to remain unvaccinated and forgo regular testing is
non-economic inactivity…

…concerns over separation of powers principles cast doubt over the Mandate’s assertion
of virtually unlimited power to control individual conduct under the guise of a workplace
regulation. As Judge Duncan points out, the major questions doctrine confirms that the
Mandate exceeds the bounds of OSHA’s statutory authority…

Thank you Judge Engelhardt, we the “disinformationists” agree, the loss of constitutional
freedoms, such as freedom of speech, for even minimal periods of time unquestionably
constitutes irreparable injury.

Like Lucky Ned Pepper so eloquently stated, we needed a good judge, and it looks like we got
what we deserve. 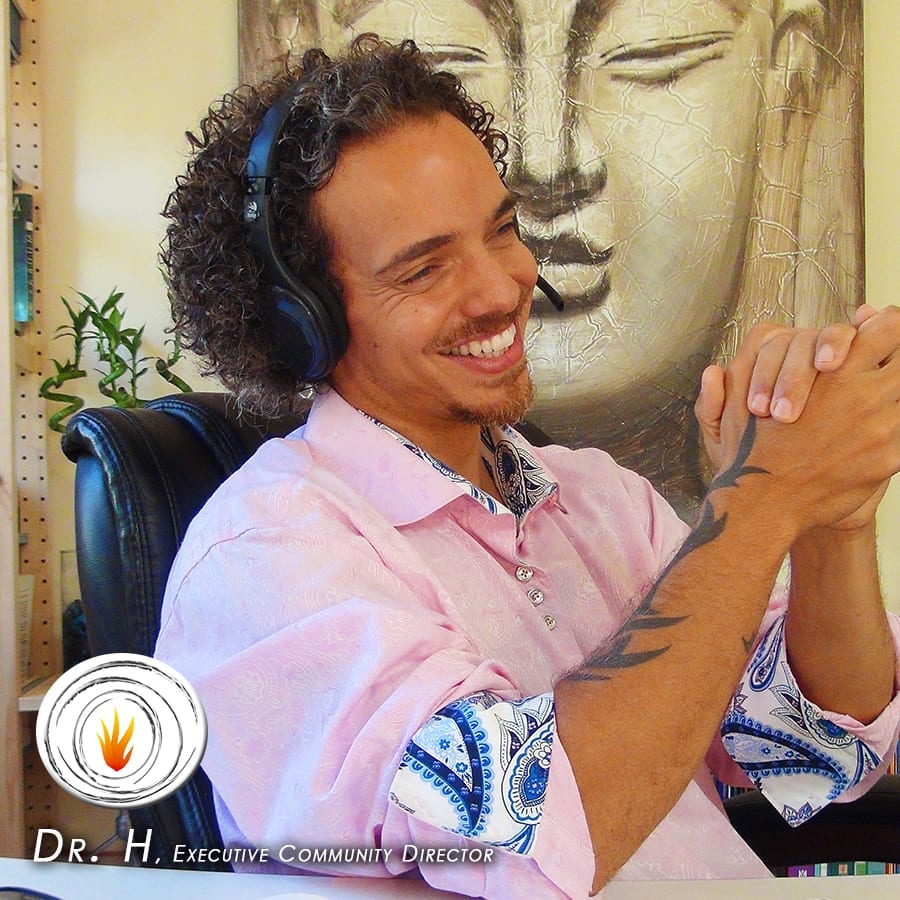 Spread the love
Previous StoryNEWS FEED: Is China Having a ‘Me Too’ Moment?
Next StoryDATA ACCURACY PROJECT: The testimonies project – the movie – 445,931 views