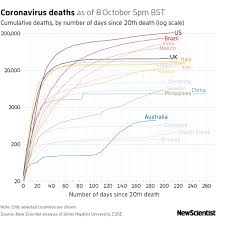 Many European countries are today experiencing the dreaded second wave. On October 7, France recorded an all-time high of more than 18,000 new cases in a day. Two weeks before, Spain hit a new record with over 14,000 new daily cases. And the Netherlands recorded their own record high with 4,500 new cases. Croatia, the Czech Republic, Greece, and the United Kingdom are all in the same boat, with higher numbers of new cases compared to the spring.

While many predicted a second wave when the weather cooled and people started heading indoors, the European wave hit prematurely when people started letting down their guard. After decreasing the number of daily cases to the low hundreds, many countries deemed it safe to relax social distancing measures. That was the biggest mistake they could have made. Crowded beaches, clubs, and bars were not an unusual sight this summer. Holiday destinations saw an increase in Covid-19 cases in August. When tourists travelled back home, the cases followed.

Poor governance has compounded the problem. Spain is experiencing the worst outbreak in Europe. While tourism was the cause of the initial spike of new infections, bad governance is to blame for its ongoing rise. Spanish prime minister Pedro Sanchez is refusing to take blame for Spain’s situation and is pushing for individual regions to handle the health crisis instead of adopting a centralized approach. Spain’s decentralization makes it impossible to get the situation under control. This was proven in the earlier stages of the pandemic, when transfers of patients between regions was only done if absolutely necessary, and was further proven last week, when regional authorities in Madrid opposed new national restrictions. One in four Covid-19 tests conducted in the Madrid region are positive, and 40 percent of intensive care beds are occupied. Antonio Zapatero, a regional health official, still claims that their current approach is most adapted to the situation. The only thing both the regional administration and central government can agree on is blaming  “Botellón” for the spread of Covid-19. Botellón is an activity during which younger people gather in public areas to drink alcohol, as an alternative to going to bars.

Other countries in the region are also struggling to contain their outbreaks without resorting to the nationwide lockdowns that were imposted in the spring. In France, the government’s push to travel domestically to revive the economy led to an unanticipated surge in Covid cases. The Mediterranean region of the country saw an exceptional increase in cases because of tourists, causing the government to order bars and restaurants to close down again in some cities, like Marseille. The order was met with resistance from some bar and restaurant owners, who protested against those forced closures. Bars were also ordered to close in Paris, due to an increase in cases caused by people coming back home with the virus. The French government’s efforts are driven by a concern that hospitals will be overwhelmed again, with less medical staff available as some are still recovering from the effort that was put forward during the first wave.

The UK is also trying to avoid another nationwide lockdown, and has opted for regional lockdowns, mainly in northeast England. Boris Johnson introduced new curfews on restaurants and bars, which could last up to 6 months. This announcement was promptly followed by spike in cases, reaching over 22,000 new infections in one day.

The Netherlands is imposing similar restrictions, mainly in cities such as Amsterdam, pushing for a wider use of masks. Bars and restaurants will also be subject to curfews, and public gatherings have been reduced to 40 people. Amsterdam has become a student hub in Europe, with many universities having reopened for the fall semester. Seeing as young adults are the main spreaders of Covid-19 during this summer wave, the measures currently put in place are clearly insufficient.

None of the countries experiencing a second wave are reacting quickly enough. Governments are reimposing restrictions which should have never been lifted. Those who were less at-risk of suffering from the virus seized the opportunity to return to their freedom. The end result? Twenty five to forty nine year olds make up the highest proportion of positive tests.

The second wave was supposed to be a result of the colder season, but human behavior has caused a premature resurgence of cases. Hospital beds are already filling up and will be occupied for long fall and winter months. Many have not yet recovered from the first wave and are unprepared to face yet another battle against Covid-19. This season is already much deadlier than it need have been. Let us not forget the lessons we learned this spring. Communities with low infections today cannot let down their guard, they must act now and act quickly to prevent new outbreaks.

William Haseltine, PhD, is chair and president of the global health think tank, ACCESS Health International. He is author of numerous books, including the recently released, “A Family Guide to COVID-19: Questions and Answers for Parents, Grandparents and Children”

Spread the love
Spread the love
Previous Story“Barrett Is Poised to Become the Most Radical Right-Wing Member of Supreme Court”
Next StoryBulletin Board: EME Jumps On the Notorious RVG in a Southern Equality GOTV Tour