Vaccine Failure Skyrockets To Over 6 Million!

It came with little fanfare, no press briefing, and no one seemed to notice.

Some questioned the move, but others knew exactly why…the CDC had a big problem on its hands.

The mantra has always been these experimental inoculations are “Safe & Effective”, but no matter how many times you repeat that over and over, just saying it doesn’t make it so.

What if safety data showed that at least 1 million people had been injured in a single year?

And what if that safety data showed that there were over 4,000 Myocarditis/Pericarditis injuries in Americans under 30 years of age when that number should be zero or very close to zero?

And what if that safety data showed that there were more than 100,000 hospitalizations, 25,000 life-threatening situations, and 39,000 permanent injuries?

Would you think that there is no risk? Could you be 100% certain that you wouldn’t be next?

Well, what if I told you that in addition to that, there were over 20,000 deaths and that well over 6,000 of them occurred within 48 hours of getting the shot?

How would you feel about these experimental products?

Does that sound like a safe product to you?

If it does, then I challenge you to name one medical product in history with similar safety signals that remained on the market. Good luck, you won’t be able to.

So, the CDC knew it couldn’t promote the lie that these experimental products were both “Safe & Effective” and would have to choose one or the other and attempt to hide the other.

Well, medical professionals are legally required to report safety failures to VAERS, so the best the CDC could do is to make sure that data is underreported and dismissively marginalized.

But the CDC could really do a number on efficacy failures and here’s how they did it.

What they chose to do was to first change the name for the data from vaccine efficacy failure (or vaccine failure) to ‘vaccine breakthrough’ which doesn’t sound nearly as bad and isn’t even remotely descriptive of what’s occurring.

Who wouldn’t want to ‘breakthrough’, isn’t that a good thing?

Then they chose to create special rules for what ‘fully vaccinated’ meant, so as to limit the number of vaccinated Americans who could qualify for vaccine failure. They did this while simultaneously pushing ‘partially vaccinated’ Americans into the ‘unvaccinated’ group to build the narrative of blame and shame. IT’S THE UNVACCINATED’S FAULT! MANDATE THEM!

Remember this article “Can You Be Vaccinated & Still Counted As Unvaccinated?”

But the funny thing is…vaccine failure hospitalizations and deaths continued to rise.

So, they stopped reporting vaccine failure altogether on October 30th, 2021, in favor of a new made-up and never used before metric for their narrative, ‘vaccine effectiveness’.

Now, does this sound like something a federal agency, working hard to be transparent and accountable to the American people would do?

But like Joseph Goebbels ultimately came to realize…the truth always comes out.

And that’s exactly what’s happening right now for vaccine efficacy failure and so much more.

While the CDC willfully stopped reporting vaccine efficacy failure altogether, 28 US State health departments did not.

Now, Texas, like many states, hasn’t updated its data in months. And Florida isn’t reporting at all as the war between their public health department and Governor DeSantis continues on.

Then you’ll run into a state like Michigan, which was reporting, didn’t like what they were seeing, and stopped reporting a couple of weeks ago.

And still, the CDC has a very big problem on its hands, because the truth always comes out.

Even with all of these obstacles imposed by the CDC and with 23 of 51 state health departments (I include Washington D.C.’s health department) not reporting vaccine efficacy failure the statistics are damning to these experimental inoculations nevertheless.


In California and New York, vaccine failure has increased by more than 700,000 new confirmed failures in each state alone!

Imagine what the actual numbers would be if Texas, Florida, Ohio, New Jersey, Arizona, Louisiana, and the rest of the states not reporting were reporting as they should?

And then imagine what the numbers would be if the CDC stopped moving the goalposts every time the data didn’t suit their for-profit narrative?

Want to read a great article? Check out what Daniel Horowitz from the Blaze just published on how the Scots are reporting data the way data should be reported and how that led to them dropping all COVID restrictions.

Remember that these experimental inoculations received Emergency Use Authorization based not upon reduction of symptom severity or prevention of hospitalization, but on relative risk reduction.

What was the relative risk that was supposedly reduced?

Infective spread. Not symptom severity. Not hospitalizations. The EUA is for Infective Spread Reduction as in ‘vaccine-preventable illness’. Remember that term that’s so conspicuous by its utter absence?

Oh, how quickly the CDC and the pharmaceutical captured media move the goalposts when the data doesn’t support profitability!

If I told you Vitamin D3 had injured more than 1 million Americans in a single year, would you demand it be taken off the shelf?

You wouldn’t have to, if it ever injures even 1 person it will be thanks to these corporate-funded double-standards.

If I told you that Ivermectin had failed to be efficacious more than 6 million times, would you be stocking up on it?

Because rather than being “Safe & Effective”, the truth the data reveals is that these experimental inoculations are “Injurious & Ineffective”…but they do make liars an awful lot of money don’t they?

If you agree this is wrong, help us fight for what’s right.

Expose the fraud and willful misconduct. 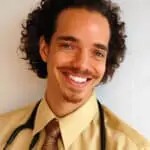 Dr. Henry Ealy (Dr. H) is the Founder of, & Executive Community Director for, the Energetic Health Institute. He holds a Doctorate in Naturopathic Medicine from SCNM, a Bachelor of Science in Mechanical Engineering from UCLA, is Board Certified in Holistic Nutrition by the NANP and a proud Jackie Robinson Scholarship Alumnus. He has over 20 years of teaching & clinical experience helping people care for their amazing body by unlocking the healing potential of Natural Medicines.