CITIZENS’ CORNER: “Urgent: Elizabeth Warren is trying to censor me” 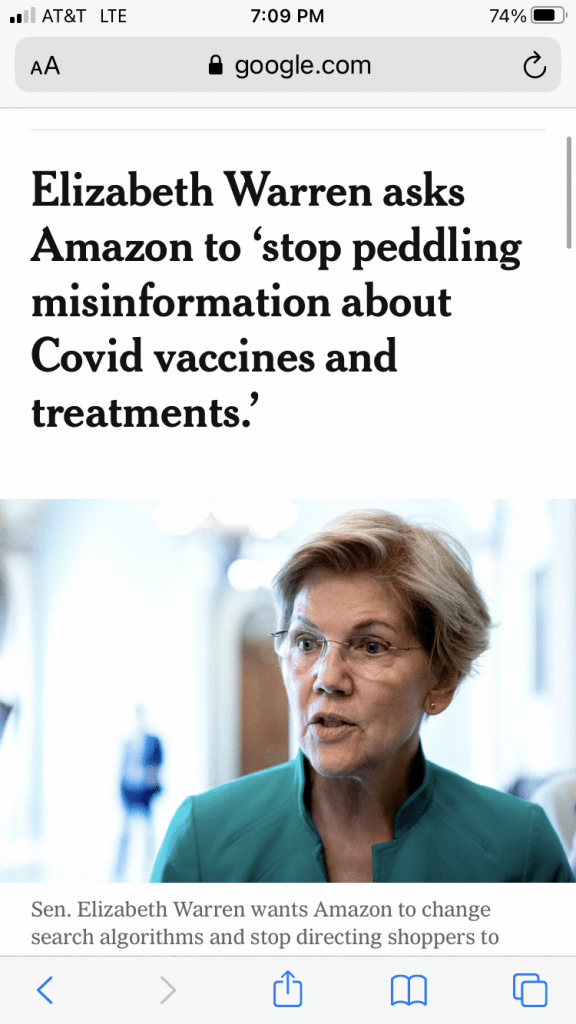 As you may remember, Amazon initially refused to sell the first Unreported Truths booklet, but backed off under pressure from Elon Musk, among others. Since then, I have written three more.

The four booklets have sold hundreds of thousands of copies and received near perfect reviews from readers. The most recent, about vaccines, continues to sell strongly almost six months after it was released.