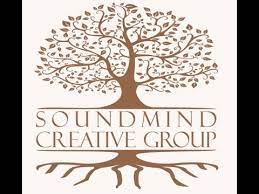 2020 was an unprecedented year in human history. The advent of SARS-CoV-2 was a catalyst for deep societal division, government action unparalleled in the modern western world, and the severe disruption of long-accepted norms of human interaction and commerce. Questions about the origin of the virus, the implementation of lockdowns and mask mandates, and the rush to a vaccine have created a perfect storm of chaos. This has had one undeniable and disastrous consequence: the removal of the agency and liberty of people across the United States and the world at large, causing unnecessary pain and suffering.  The SoundMind Creative Group , a dissident artist network, seeks to confront this matter and correct the corrupted narrative through an in-depth exploration of the political response to the virus in their forthcoming docu-series Follow the Science: On Lockdowns and Liberty.

This engaging and thought-provoking series will be divided into five self-contained one hour episodes. The earlier episodes include a deep dive into lockdowns, mask- mandates, treatments, vaccines, and the origin of the virus. Later episodes connect all these pieces together and look closely at two overriding themes: the corruption and gross politicization of science and the failure of top-down, centralized solutions to grapple with complex problems.

The episodes of this series will reach both the heart and the mind, as both are equally critical to shifting individual’s perspectives.  The heart will be reached by revealing the devastating stories of people whose lives have been ripped apart by the invasive and unprecedented policies that were enacted in the name of safety:  families divided, individuals sick and dying due to deeply compromised health care, dreams devastated and businesses in rubble from lockdowns.  The stories are too numerous to be tallied. The mind will be reached by illuminating the critical data; using cutting-edge animation, the viewer will be led to understand that lockdowns and mask mandates have done nothing to solve the crisis and may have actually exacerbated the virus’ negative impact.

The aim with this project is to make it of such a quality to be able to stand up against the most popular documentaries of the day and to be worthy of being distributed on a platform such as Netflix or Amazon.  In order to reach this level of quality, the interviews must be in-depth and filmed in such a way that we enter the profound thought process of the subjects.  The visual landscape must be engaging and evocative.  The musical score must be energetic, soulful and unique.  The animations must be fresh, original and captivating and aid in revealing the stories and data in a compelling manner. All aspects of the production must be top-notch in order to engage the audience and help move them toward a new narrative – a new way of understanding the world and the stories we have been fed.

The founding members of SoundMind Creative Group, with decades of frontline entertainment industry experience amongst them, have created SoundMind as an umbrella production company for member creatives who wish to retain a level of privacy. This allows them a platform to create with freedom and honesty without fear of harmful pushback from those who may find our shared ideas challenging.  They recognize that Cancel Culture is a real phenomenon in today’s world and vehemently oppose this trend, establishing SoundMind as a protective space where member artists of all kinds can share perspectives and ideas that may, at times, run counter to the mainstream “acceptable” narrative.

The creators of this project understand that for all of those who love humanity and the liberal ideas of free expression, unhindered scientific enquiry and voluntary participation in the social order, this is the fight of our lives!   The fate of civilization hangs in the balance if the current devastating course is not corrected.

The filmmakers need your help to get the pilot episode of this project made! They are aiming to make a high-quality, persuasive and engaging film that, rather than merely preaching to the choir, will appeal to the general public and help them understand the real data around the pandemic and will allow them to grasp how they have been hoodwinked and how their valuable freedoms have been quietly stolen out from under them in the name of public health. Every donation, no matter how large or small, places weight on the scale that moves us toward freedom.  Please join in this fight of our lives by going to:  http://FundRazr.com/FollowTheScience

Editor’s note: While Dr Naomi Wolf appears as a commentator, Daily Clout, and Dr Wolf, are not part of the SoundMind Creative Group.

We, the founding members of SoundMind, share decades of frontline entertainment industry experience among us. We have created SoundMind as an umbrella production company for member creatives who wish to retain a level of privacy, allowing them a platform to freely create without fear of harmful pushback from those who may find our shared ideas challenging. We recognize that Cancel Culture is, sadly, a real phenomenon in today’s world. We vehemently oppose this trend and have established SoundMind as a protective space where member artists of all kinds can share perspectives and ideas that may at times run counter to the mainstream, “acceptable” narrative. https://soundmindcreativegroup.com/about/