Our recent paper on vaccinating children against COVID-19 showed a best-case cost/benefit (c/b) ratio of ~5 for the most vulnerable demographic, 65+.  The costs were defined as the deaths resulting from the “vaccine”, and the benefits were the true COVID-19 deaths that could have been prevented by the “vaccine”.  This meant that five “vaccine”-driven deaths occurred for every truly attributable COVID-19 death prevented.  In the paper, we concluded: “if the best-case scenario looks poor for benefits from the inoculations, any realistic scenario will look very poor”.  The present analysis replaces the best-case scenario with a real-world scenario, followed by a tradeoff analysis that addresses some of the concerns raised by a few critics of the article.

For the best-case scenario in our paper, at least four key assumptions were made.  First, there were no false positives from the PCR tests for COVID-19.  Every positive PCR test reflected a true COVID-19 case.

Second, all the true COVID-19 deaths could be prevented by the “vaccine”.

Third, there were no alternatives to the “vaccine” for preventing COVID-19 deaths.

We will now show the effect of including real-world estimates of three of these four entities on the cost/benefit ratio, followed by some parameter tradeoffs.

A number of studies have shown that the false positive PCR rate is significant for COVID-19, and increases with increasing values of cycle threshold (Ct).  A comprehensive assessment of the data https://www.brlax.net/wp-content/uploads/2021/04/PCR-Test.pdf concludes that at Ct of forty, where most of the USA testing occurred, the false positives range from 90% to 97%.  Using the most stringent limit (97%) increases c/b by a factor of 33, and the least stringent limit (90%) by a factor of ten.

What’s the reasoning behind that?  Let’s assume we have 100 people who had tested positive for COVID-19 in the paper, and died.  In the paper, we assumed all these people who tested positive were in fact positive for COVID-19 (no false positives).  Then, the benefit for the c/b computation is that the “vaccine” was able to prevent the deaths of these 100 people (which we also assumed in the paper).

If, however, now we assume that of these 100 people who tested positive and died, 97% were false positives, then the benefit from the “vaccine” goes from 100 true COVID-19 deaths prevented to three true COVID-19 deaths prevented.  The denominator in the c/b ratio decreases from 100 to three, and the c/b ratio increases by 33.3.

Let’s assume we have 100 people who had true COVID-19 in the paper and died.  In the paper, we assumed that had all these people received the “vaccine”, their deaths could have been prevented.  Then, the benefit for the c/b computation is that the “vaccine” was able to prevent the deaths of these 100 people.

A number of frontline doctors have testified, and published treatment protocols as well, that ~80-90% of COVID-19-tagged cases could have been saved from hospitalization or death had their protocols been implemented at an early stage e.g., https://www.bitchute.com/video/hFW0RTlr2gyk/.  They have testified that, instead, patients were provided treatments known to be ineffective/harmful and denied treatments known to be harmless/safe e.g., https://www.bitchute.com/video/jv3GSOcoIGCP/.  Using the most stringent limit (90%) increases the c/b by a factor of ten, and the least stringent limit (80%) by a factor of five.

Difficult to find full studies addressing this issue.  Cannot assign a credible number at this point, but effect could still be non-negligible.

So, the total c/b, starting from the best-case scenario ratio of five, is ~8250 for the most stringent limit and ~625 at the least stringent limit.  We can use these real-world c/b ratios as a starting point to examine what would happen if we incorporated some of the (relatively few) criticisms of the c/b ratios from our paper.

Perhaps the main criticism was the scale-up factor of VAERS results by 100x.  This number was obtained from two sources: the Harvard Pilgrim tracking study of events vs reports to VAERS conducted a decade ago, and our own study (reported in the paper) using a scale-up from VAERS non-vaccine related deaths to deaths expected from prior census data.

Some critics postulated false death entries to VAERS by people with an ulterior motive to ramp up the numbers, although none could present one iota of supporting evidence.  Others postulated higher motivations to report deaths closer to the vaccination time rather than deaths further out.  Again, no supportive evidence.  Additionally, this latter assumption contradicts the evidence I have heard presented on twenty-thirty videos by healthcare personnel (doctors, nurses, other medical personnel) who were willing to state in public (at the risk of destroying their reputations, their jobs, their finances, etc.) that they were told by their superiors not to report deaths that could be related to the vaccine.  Not one of these videos addressing the VAERS reporting issue contained a statement that the speakers were encouraged by their superiors to report vaccine-related deaths to VAERS, or that their superiors were even neutral on the topic.  Thus, an argument could be made that, in fact, the vaccine-related deaths shown in VAERS (under the death spike centered around inoculation date) are under-represented.

Nevertheless, for purposes of this tradeoff analysis, let us assume the VAERS scale-up is not 100x, but rather 20x.  This is less than the ~40x scale-up found by Steve Kirsch , or the ~30x scale-up found by Jessica Rose.  This decreases the c/b by a factor of 5.

Second, we assumed that the only deaths truly attributable to COVID-19 were the 6% with no comorbidities.  We still believe that, for reasons shown in our FCT paper https://www.ncbi.nlm.nih.gov/pmc/articles/PMC7426727/.  For tradeoff purposes, assume the viral component is weighted by 20% in the comorbidity cluster.  This will effectively increase the 6% assumption to ~25%, and decrease the c/b ratio by a factor of four.

Let’s assume we have 100 people who died with a COVID-19 tag, where 94 had multiple comorbidities and 6 had true COVID-19 with no clinically-defined comorbidities.  In the paper, we assumed that only the deaths of the 6 true COVID-19 cases could have been attributed to COVID-19, and therefore only 6 true COVID-19 deaths could have been prevented by the “vaccine.  Then, the benefit for the c/b computation is that the “vaccine” was able to prevent 6 deaths of these 100 people.

Third, we used the least stringent false positive limit of 90%.  Assume it’s only 80%.  This would further reduce the c/b ratio by a factor of two.

It is difficult to see what other assumptions could be relaxed in this tradeoff analysis.  Applying the above three corrections reduces the c/b ratio by a factor of forty, which translates to ~200 at the most stringent limit and ~15 at the least stringent limit.

It should be remembered that the starting point c/b ratio was generated in the paper for the most vulnerable 65+ demographic.  The c/b ratios for the other demographics would be expected to be far larger, since their COVID-19-tagged deaths decrease rapidly with decreasing age.

Also, these numbers were derived for very-short-term effects.  Projections of vaccine-induced deaths for the mid and long-term are not favorable, and can only serve to increase the c/b ratio, perhaps very substantially.

Even with the favorable real-world assumptions used above, the best c/b ratio is still ~15.  For a vaccine, which is given to people to prevent disease (as opposed to a treatment, which is given to people who have a disease and might be more willing to take a safety risk depending on their prognosis), a relatively small c/b ratio would be desired, on the order of fractions of a percent.  The most favorable result obtained above, c/b ~15, is orders of magnitude above what would be desired in a preventative measure, or even a treatment. 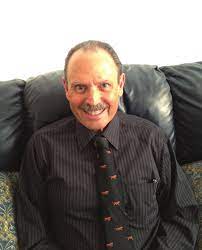 Ronald Neil Kostoff received a Ph. D. in Aerospace and Mechanical Sciences from Princeton University in 1967. He has worked for Bell Laboratories, Department of Energy, Office of Naval Research, and MITRE Corp. He invented the Wake Shield for producing high vacuum in low orbit, and used in manned space missions for research and development. He has published over 200 peer-reviewed articles, served as Guest Editor of four journal Special Issues since 1994, obtained two text mining system patents, and presently is an Independent Consultant.
He has published on numerous medical topics in the peer-reviewed literature, including potential treatments for;
– Multiple Sclerosis,
– Parkinson’s Disease,
– Raynaud’s Phenomenon,
– Cataracts,
– SARS,
– Vitreous Restoration,
– Peripheral Neuropathy/Peripheral Arterial Disease
– Alzheimer’s Disease,
– Chronic Kidney Disease,
and Inflammatory Bowel Disease;
• potential causes of Chronic Kidney Disease;
• potential causes of Alzheimer’s Disease;
• potential causes of Peripheral Neuropathy/Peripheral Arterial Disease;
• potential impacts of Electromagnetic Fields on health;
• synergistic effects of toxic stimuli combinations, and
• COVID-19 prevention strategies and vaccine safety issues.
His recent publications in toxicology have shown that regulatory exposure limits to toxic stimuli are, on average, orders of magnitude too high compared to exposures shown to cause damage in the biomedical literature, and are not protecting the public from harmful substances.
He is listed in:
“Who’s Who in America” (60th Edition-2006),
“Who’s Who in Science and Engineering” (9th Edition 2006), and
“2000 Outstanding Intellectuals of the 21st Century” (4th Edition 2006).