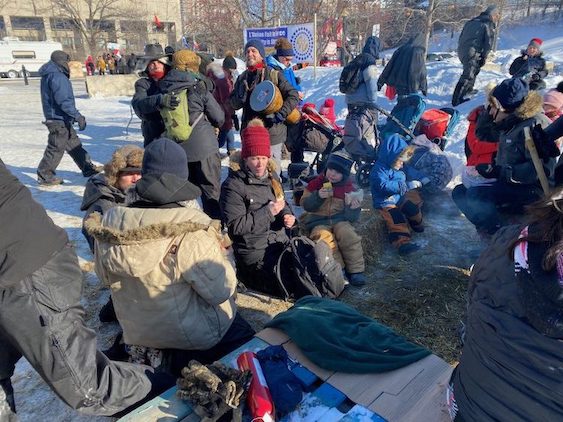 On Feb. 23, Canadian Prime Minister Justin Trudeau revoked the Emergencies Act that he had used to crush the Freedom Convoy – a protest that had made Ottawa the focus of world news for over three weeks.

Why did he do it? He wasn’t clear. Was it because he didn’t have the support he thought he had in the Canadian Senate to secure its passage? Was it due to his not in fact possessing the alleged “secret intelligence” that would have proven that the convoy was being driven by dangerous foreign or extremist sources? Was it because the banks were in panic mode? After all, once the Trudeau government announced that anyone who had donated to the Convoy or even to causes of which the government disapproved, would have their bank accounts frozen, many Canadians began withdrawing their money. Or did Prime Minister Trudeau simply realize the mistake of using martial law to remove trucks and lawful protesters from the streets of Canada’s capital?

The protest arrived in Ottawa in early February to highlight Canada’s lingering and oppressive COVID-19 mandates. These included mandatory vaccination for many frontline occupations, including truckers. Protestors came to Ottawa to demand a meetings with the administration, but Prime Minister Trudeau refused to even meet with them. In fact, he refused to even acknowledge the group as legitimate, insisting that they were a “fringe minority” of white supremacists and Nazis.

After smearing the truckers and protesters, Prime Minister Trudeau reached for the Emergencies Act, legislation that was crafted to deal with an actual emergency –such as a natural disaster or war – not an unarmed, peaceful protest. The Act gathered police from across the country, put them in full riot gear and let them loose against people. Police on horseback knocked an elderly woman with a walker to the ground. A whistleblower released Royal Canadian Mounted Police (RCMP) correspondence that revealed the officer calling this action, “Awesome.” One of these so-called peace officers suggested the protesters should hear their “jack boots on the ground.”

Other truncheon-wielding officers mowed down protesters without compunction. Many of those attacked by the police said it was a moment of shock for them to see people they had respected their whole lives being used to stifle their rights and physically harm them.

The police were following orders, of course, but some did so with too much enthusiasm.

Prime Minister Trudeau sought to “other” the protesters. “The small fringe minority of people who are on their way to Ottawa, who are holding unacceptable views that they are expressing, do not represent the views of Canadians,” The Prime Minister said.

As a reporter and columnist for Human Events and Townhall, I spoke with members of the protest for three weeks and found them to be  remarkably representative of average Canadians. They were also multi-racial, and evenly composed of both sexes. There were many black, Sikh, and Indo-Canadian truckers, and female truckers of all races. These Canadians who were proud to be part of history and angry to be called “white supremacists” – ironically by a prime minister who has infamously made a hobby out of performing in blackface  as was documented so extensively during the 2017 federal election when a plethora of pictures and videos surfaced of Trudeau in blackface while vacationing with friends, attending social events and even singing at a high school talent contest. Prime Minister Trudeau himself couldn’t even say how many times he had done so.

Prime Minister Trudeau did not like these people at all. Even though his Liberal Party has always tried to appeal to blue collar, working-class Canadians – in competition with the socialist New Democratic Party – Prime Minister Trudeau clearly despises people who actually have to work for a living and didn’t have the luxury of growing up in wealth.

The COVID-19 mandates have demolished traditional political loyalties and exposed ideological fault lines. Just as President Joe Biden’s Democratic Party appears to be not just out of touch with ordinary people but antagonistic to the average voter and frankly hypocritical towards them, Prime Minister Trudeau has become the embodiment of that corrupt and sordid political culture.

The people want their freedom back and the elites don’t want to return it to them. The resounding chorus from the protesters in Ottawa was “Freedom.” They are tired of the government telling them what to do and what to say. This is something that liberals used to fight for; now they fight against it. The Freedom Convoy represents how those on the left and right are coming together in unity because they are beginning to realize that while they squabble over some of the finer points of ideology, they are losing their basic rights of free speech, belief, and assembly.

If Trudeau can invoke the Emergencies Act to shut down a protest once, he can do it again. He was testing the waters. And, unfortunately, most of the Canadian media let him get away with it, rarely questioning his characterization of the protesters as extremist and even having the gall to insist that it was the Convoy that upset business in the city, even though Ottawa has endured rolling lockdowns that have shut down restaurants and other stores for two years.

Whether you call yourself a liberal or conservative, a Democrat or Republican, call yourself a devotee of freedom first. Love your neighbor, hug your political opponent. Don’t let the elites divide us and take our liberty away. That may be the real message of the Freedom Convoy. 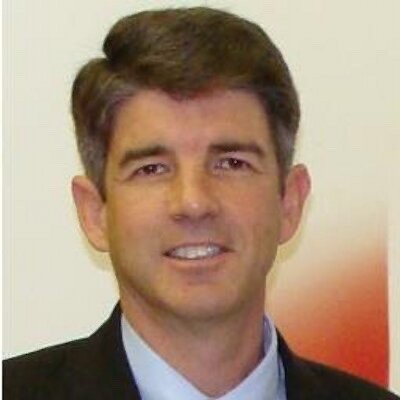 David Krayden is a featured columnist for Human Events and Townhall.com. He was the Ottawa bureau chief for the Daily Caller for five years and was a legislative assistant on Canada’s Parliament Hill after serving as a public affairs officer in the Royal Canadian Air Force.

Spread the love
This DailyClout article is the writer’s opinion.
One of our country’s most important freedoms is that of free speech.
Agree with this essay? Disagree? Join the debate by writing to DailyClout HERE.
Spread the love
Previous StoryBiden’s “we are going to get rid of fossil fuels” is a primary cause for shortages and inflation
Next Story“ESG” Efforts to Rid the World of Fossil Fuels Will Drive Humanity Back to Medieval Times