A Key To Understanding The Race For A Covid-19 Vaccine 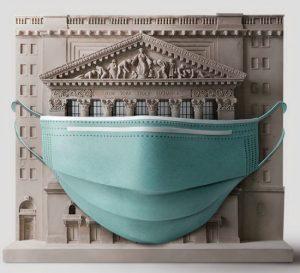 Now is the time to prepare yourself for an incoming onslaught of Covid-19 vaccine news. With eight candidates already in human trials and almost 180 more in the wings, publications and press briefings touting progress will soon arrive wave after wave. In the face of so great an outpouring of information, how are we to understand what each new finding means for our children, our jobs, our economies, and a world in crisis?

We can begin by listening for a moment to what Ken Frazier, CEO of Merck, had to say to a team from the Harvard Business School. He speaks on behalf of a company that has brought life-saving vaccines to more people than all others combined.

Here’s an excerpt:
“…when people tell the public that there’s going to be a vaccine by the end of 2020, for example, I think they do a grave disservice to the public. I think at the end of the day, we don’t want to rush the vaccine before we’ve done rigorous science. We’ve seen in the past, for example, with the swine flu, that that vaccine did more harm than good. We don’t have a great history of introducing vaccines quickly in the middle of a pandemic.”

If speed can’t be a benchmark of success, then what is? Again, Frazier has the answer:

“What we’re hoping to be able to do with these different approaches is to create a vaccine that we can study quickly that can be both safe and effective and can be durable. Those are three different issues. No one knows for sure whether or not any of these vaccine programs will produce a vaccine like that. [emphasis added]”

After saying in an earlier interview with CNBC that the Merck vaccine would not be ready for use by the end of 2020, Frazier added, “Our experience suggests those are very aggressive (12 to 18 months) compared to other timelines for getting a safe and effective vaccine…Speed is one factor, but in some ways we don’t really accept the concept of a race. We understand the urgency, but our goal isn’t to be the frontrunner in the early stages — it’s to develop a vaccine that is safe and effective.”

I would add that the goal is to develop a vaccine that can be given to billions of healthy people in countries rich and poor. Given the very large numbers of people destined to receive the vaccine, the fragility of the target older population, and the underlying health issues of the underserved populations who need protection direly, even rare side effects could wreak havoc.
Contrast Frazier’s note of caution with the announcements from other leading pharmaceutical companies—like Pfizer, whose CEO told Time earlier this month that he believed their vaccine may receive FDA approval as early as October 2020. Or the many announcements from AstraZeneca that use similar rhetoric to hype up their Oxford vaccine. Other countries are also rushing into the fray. One of them is China, where an experimental vaccine has already been approved for military use.

With this in mind, allow me to break down, piece by piece, the language surrounding the latest vaccine data from Moderna, an American biotechnology company. The preliminary report, published in the New England Journal of Medicine, describes the results of a safety trial of 45 volunteers for the company’s vaccine candidate. The vaccine was administered in two shots to the upper arm, given four weeks apart. Three groups of fifteen received low, medium, and high doses, respectively.

The good news
The vaccine elicited anti-SARS-CoV-2 antibodies in all who received the injection. What’s more, they all developed antibodies that had some level neutralizing activity, as well as antibodies that, at least in the laboratory, can inactivate the virus.
Interpretation: This information, while good news indeed, does not help us predict whether the vaccine will actually prevent infection or disease. It only tells us that it might.

The not so good news
Two doses of the vaccine, spaced four weeks apart, are needed to develop these antibodies. While many vaccines require multiple doses, a single dose vaccine is the surest and swiftest way to vaccinate large underserved populations around the world. Experience has taught us that even if a second or third injection is mandated, many don’t show.

Interpretation: This vaccine is an unlikely candidate for global use.

The worrying news
The ratio of binding to neutralizing antibodies is about 1,000 – 2,000 to one. In other words, for every antibody that inactivates the virus, more than 1,000 do not. Such a ratio raises the possibility of antibody dependent-enhancement that Frazier mentions—meaning the vaccine may worsen disease, not prevent it. Most vaccines undergo rigorous testing in monkeys before human trials to limit the chances of this unfortunate outcome, but for this vaccine candidate that step appears to have been omitted.

Interpretation: This observation introduces some uncertainty to the belief that this vaccine will be safe enough for widespread approval and use.

The bad news
The following sentence was included in the abstract of the publication:

“Solicited adverse events that occurred in more than half the participants included fatigue, chills, headache, myalgia, and pain at the injection site. Systemic adverse events were more common after the second vaccination, particularly with the highest dose, and three participants (21%) in the 250-μg dose group reported one or more severe adverse events.”

That means four of the 45 volunteers—including three who received a high dose—experienced “systemic” adverse effects” considered medically significant but not life-threatening.
One of the volunteers described his experience for STAT News. Hours after receiving the second dose, he developed a fever 103, fainted, and sought medical attention at an urgent care center. After encountering such reactions at the highest dose, the company announced that it would proceed with the moderate dose only. But the conclusion to the abstract includes the following sentence:

“The mRNA-1273 vaccine induced anti–SARS-CoV-2 immune responses in all participants and no trial-limiting safety concerns were identified.”

Interpretation: Were I the CEO of this company or a member of its FDA review committee, I would insist on collecting much more safety data before proceeding. I would ask for a much larger phase 1 trial in a likely target population that includes many older men and women—some with moderate underlying health conditions such as diabetes and obesity—before allowing further studies.

If such serious reactions occur at 2.5 times the trial dose in so few people, it is reasonable to expect the many severe and even life-threatening reactions to occur at the middle dose when given to a large, diverse population. The first criterion of a successful vaccine is that it must be safe.

Last takeaways
Ken Frazier went on to make a final point in his interview with the Harvard Business School team. “When we do tell people that a vaccine’s coming right away,” he said, “we allow politicians to actually tell the public not to do the things that the public needs to do, like wear the…masks.”

To this I would also add: Do not count on a drug or vaccine to save us from the pandemic. Evidence from other countries around the world and even in some states in the U.S. shows that collective behavior change can limit and eliminate the infection, even after it has spread widely.

Ancient wisdom is sometimes the best. In our mad rush to a Covid-19 vaccine, recall the words of Ecclesiastes 9:11 (King James Version):
“I returned, and saw under the sun, that the race is not to the swift, not the battle to the strong, neither yet bread to the wise, nor yet riches to men of understanding, nor yet favor to men of skill; but time and chance happeneth to them all.”

William Haseltine, PhD, is a former Harvard Medical School professor and founder of the university’s cancer and HIV/AIDS research departments. He serves as chair and president of the global health think tank, ACCESS Health International and is author of the recently released book A Family Guide to COVID-19: Questions and Answers for Parents, Grandparents and Children.